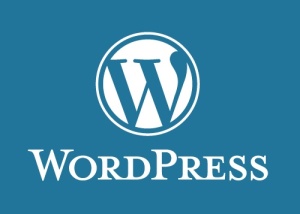 The blogging-thing started for me in 2004 using WordPress.com. WordPress.com is the free online blogging service run by the people that created WordPress the blogging slash CMS software. If you want the software then you have to go to wordpress.org. You get the difference? Nomatter. I gave up on WordPress.com around 2009 because I lost control of all the stuff I had uploaded. Also. It was the right time to stop. At least that’s what I thought then. According to stats (provided by WordPress), I had over 99,000 unique hits on my blog when I stopped. And I have no idear what that means. But that’s not the reason I stopped. First. I was tired of hitting that “publish” button and saying goodbye to my stuff. Obviously I could have put the effort into making a local back-up/copy of what I wrote but who wants to think that much about something that is purely enabled through convenience and you barely understand how all this krapp works to begin with? Also. I learned that making a backup of one’s WordPress blog involved XML, which means that my writing was locked in code. Second. I really never liked the vertical, scrolling nature of blogging. I wanted something that was more flat where I could organize my work based on categories and not just every new post which was then categorised via the complexity of meta-data–which I didn’t understand. I wanted my stuff to look like it was on a website and not a scroll sheet that seem to virtually emerge from an old dot-matrix printer. Ultimately, I’m not sure I’ve found a solution for my compulsion. Over the past few years the biggest problem is figuring out what technology fits my needs and, with my limited technical knowledge, if I can even use it. So I reckon for a while I’ll be sticking with fairly easy wysiwyg editors.

It is not my intention to criticise WordPress here. WordPress is probably the best blogging platform out there. Heck it’s grown and developed into one of the best CMS platforms you can use. I’d even consider using it again if it weren’t for one little quirk. With all its improvements, and this applies to most software technology, it’s too complex and it’s too much about itself. Initially, when I was switching to using my own domain, I installed WordPress at my ISP but after updating to a new version everything broke and I couldn’t get it running again. Which means having to communicate with krapp customer service people. Long, frustrating software implementation story short, I bagged it. Needless to say, I have a lot of content that needs to be worked on and I’d rather do that than mess around with learning the complexities of technology that’s supposed to help and not complicate. At this point I’m still not quite satisfied with what I’m using now which is a small website editor called Sandvox. I already have the feeling, due to the vast amount of worst-writing I want to publish, that I’m slowly reaching this HTML editors limits. Next possible site editor could be Joomla or back to WordPress. Not sure. Oh, the complexity of so much worst-content. If only I could code as fast as I can type.

Anywho. All posts from 2004 to 2008 have been reposted from the only back up I have of my WordPress blog, which I saved (luckily!) via exporting it as a PDF document. It was a cumbersome cut & paste process but I’m glad I did it. Even though Sandvox is a very basic website app, it allows me to maintain a copy of my site on my hard-drive – of which I have multiple backups. But more importantly, at least I know that my website will always be mine and I know exactly where it’s at all the time. Also. If I have to make any radical changes to my ISP, where I live, which I probably will in the near future, I can easily repost my website directly from my hard drive. If I make major changes to my site, I can test that they work directly from my Mac. This is all comforting stuff in a world that is becoming more and more dependent on things that can appear and disappear at the click of button. Complexity be damned.

Back up your stuff!