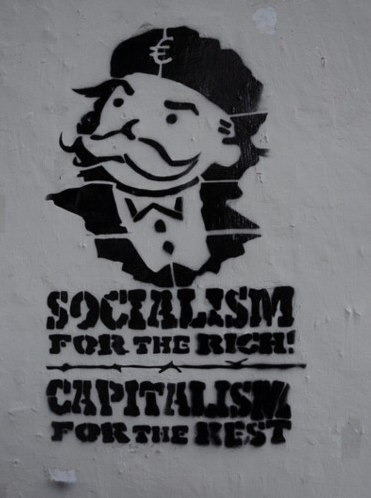 Day before embarkation. Or is it disembarkation? Why do I always get those two screwed up? Oh well. Leaving home tomorrow morn. It’s time to go back to my other home, the expat home, reality. I guess. I’m a man of homes. And. At least I don’t shed tears about it (anymore). That’s the great thing about tears–and about multiple homes. You really can shed enough of tears and they also can wear out and the same goes for homes. But that’s not what we wish to worst-blog about today, dear worst-reader. At least not the tear part. No. Today we’ll delve in the realm of the misguided. No. We’ll worst-write about the doomed. Wait. Ok. Let me just say it. I’ve been home for almost a month now. The longest trip here in a few years. And what amazes me most about it? Well. It’s time to say a worst-word or three about… the stupid. That’s right. I’m leaving on a jet plane tomorrow to head back to the land of the socialists and no one will wonder if I’ll miss the land of the stupid. Am I being cruel? Is honesty cruel? Nomatter. Here’s what happened.

My family owns a house at the beach. Family is old and so is the house. This is the place they incorrectly decided to retire to and by doing so forgot that retirement includes getting old and decrepit, which doesn’t mix well with an equally old house at the beach–and salty air. You know, the salt air effects everything. It gets in it. It gets over it. The Atlantic, the grand bitch I will love just a tick less than my Ms. Chesapeake–she is omnipotent. Did I mention that everything is old and rotting from sea salt? Did I mention that it feels like everyone at the beach is old and rotting, too? (Including moi!) Back to the house.

The house, of course, is the center of everything. Since curiosity kills cats and head of family, Mother, is very interested every time a house is sold in or around our salty beach neighborhood. She doesn’t know why, but she also is familiar with current economy and housing prices–comparing both to balloons when she means bubbles. And. Isn’t real-estate a kind of new & improved American past-time anyway? Everybody dabbles in it, right? You know, like they used to dabble in the American Dream. You know, like baseball but with the speculation of predatory capitalism at your throat. Indeed. It is. Which brings me to post-nine-eleven and the Supreme Court electing a president that, lo and behold, says: go shopping, buy a house, consume, credit, be happy. And if the old folk would have sold the house a few years after the war mongers made that claim… Wow. We would have made out like speculative bandits! Anywho. With all that nonsense in mind, it’s time to start waking up to the ramifications of salty-air, really bad politics and stupidity.

New neighbors bought house next door for an alarming low price. And that’s that. But at least they are a funny and happy bunch. The patriarch of the family took a few moments to wake up to me but he eventually did. About ten years my senior, he’s a construction contractor and obviously knows his trade. His wife commanded, upon purchase of house, that minor things get done asap. Like replacing all doors inside. Also. Fixing up kitchen by throwing out shelves and cabinets from the seventies. Then there was the flooring. He replaced the ragged carpet and put in hard wood floors. He and his large family did it all in a weekend. Pretty impressive. And to think on top of all that he was able to let me know how he felt about… Wait for it. Obama. Which set some floodgates off in my head. I couldn’t tell if he was serious or not. His wife, the matriarch of the crew, said he actually likes Obama. But his government hate-jokes could mean he goes the other way. But it did seem like I might have finally met someone down here that actually likes Obama. Which was strange enough for me. I have yet to meet anyone down here that likes Obama. Of course I know why everyone dislikes him–but I’ve already mentioned that this post is about stupidity. So let’s try once again to move on from the sadness I feel because no one will reciprocate my attempts at getting some Obama fist-bumps.

I explained to new neighbor that I’m a traveler and I’ll be heading out in a few days only to return within the next six months. Then I tried a political joke of my own. I said:

Say, man, since you like Obama and this whole neighborhood hates him, what do you say we tally our resources and be the first on the street, when November 2016 comes around, to put up matching “Hillary” signs in our yard. All the nutbag republicans in the neighborhood will shit bricks. What do you say?

There was a long pause. He turned to his wife and tried to grin lazily. Then he turned back around to me with no grin.

You’re not… serious are you young fellow. You live in Germany, right? What do you call it? Eurowasteland. Well that’s cute. But that makes you a socialist now. And this is America. I was just joking.

Ok. So they took me for a ride. The matriarch likes Obama but the patriarch just downright hates everything–especially everything government. And at that point I had had about enough. I turned to him and said:

You know. Some one’s got to say this. But. Yeah. I live in socialized Eurowasteland. That’s why it’s a waste. But get one thing straight. You dipshit Americans need to seriously get your heads out of your ass. You’ve lived your life, a few years longer than I, on the backs of the future you are in now. And all you can do is hate government and the president. Well that’s just fine. Go ‘head. But you do realize, even if you say that I live in socialism, that that’s technically bullshit. America is officially the best run socialized nation-state at this very moment. But here’s the thing about that. It’s not socialized for you. You get that, Patriarch. You’ve been left out of the socialism for two reasons. One. You’re not rich. Otherwise you wouldn’t be living in a fixer-upper at the beach and making krappy jokes about your government. And. Two. The reason American socialism is better than all others is because THEY have figured out how to make it work for the rich. Socialism is for the rich. Now take that and smoke it in your next night out bitching about the government that you made.

There was a short pause. I had created a scene. Again. Yeah, it’s my thing. Worst-scenes. I may live abroad, I’m an expat, but I’m always looking, yearning from there to here and not the other way ’round. Always. And it was obvious that the females of our new neighbors were taken aback with my little worst-speech. To make things worse, I dug up a short smile and tried to Obama fist bump everybody but was left hanging. So be it.