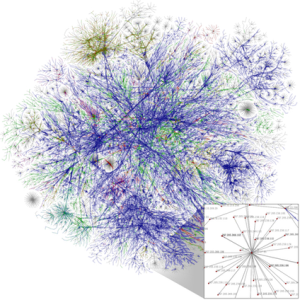 Oh, dear worst-reader, here yet another exchange I recently had with a dear old friend. As you know, from other exchanges (here and here), sometimes we get places–intellectual places. But other times we just ramble on. The point is, ramble, worst-writer. Yeah, that’s the point. Anywho. I know you’re probably wondering if any of this is actually real. It could, obviously, just as well, be played out in my mind. Obviously. As I sit each wasted day, lingering in my demise and lusting in my failure, it is hard not to talk to myself. But that is neither here nor there. What’s important is that I’ve managed, thru therapy and other self-medicating means, to stop having these conversations in the bathroom and in front of the mirror. Or something like that. So here we go. Oh. Before I forget. This worst-works best if you start at the bottom. Rant on, baby. And good luck.

Well, then, I guess that about covers it. No good answers. (Even though I provided a pretty good one.) Nomatter. As usual, let’s pack it up then and go to the mall.

Good stuff. So there are no real current answers. Maybe this is a place to throw some billions of those newly printed Fed Dollars. Invest in what it takes to move commerce to some “network” and open the “internet” to what it should be.

Dear Old Friend,
You have an interesting idea with ‘central registry’ but it’s not feasible at the IP level. I also wouldn’t trust a central repository of that kind of data–hence that’s why the Internet evolved like it did. Perhaps here we are back at a point you made a while ago, something about inventing a new Internet. Btw, the .com or .net or .gov, etc., domains are not constructed to manage information the way you’re suggesting. DHCP and DNS are already stretched to their limits. There are simply too many users of the Internet today and too many internet addresses to turn all that upside-down. The solution to privacy is much simpler, in fact. For one, the issue of privacy doesn’t start with Internet users or internet addresses–even though there is encryption. The whole problem is nothing more than law-makers in collusion with corporations–both trying to guarantee profits before anything else. So the solution is Net Neutrality. Making it illegal for cellular carriers to own cellular data would be a place to start. Making it illegal for ISPs to monopolize Internet access is another place to start. Also, it should be illegal for the government, without a due process (a warrant) to see where I’ve been on the Internet. And I should have the right to determine what information Google, Apple, ISP, etc., is allowed to keep from my Internet usage. As far as anonymous payment is concerned, PayPal is a no-go. Paypal emulates banks. Bitcoin and/or crypto-currency is the answer and it already scares the shit out of the status-quo. Combine crypto-currency with Torrent technology and you can over-ride the open-ness of the Internet when needed. Btw, the thing holding back Bitcoin right now is it’s complexity. I equate this somewhat to the complexity of the Gold standard (not Gold, persay, but the established Gold standard that Nixon got rid of). Bitcoin is gold. Someone will eventually turn it into a gold standard and then that standard will be superseded by something else, which is where we are today with monetary policy. But the thing with Bitcoin, or, more importantly, crypto-currency, is that no one can own the so-called blockchain or the way the codes is generated to create value, i.e. no central bank. Or maybe not. I still need to give that some more thought.

Yea I see your point. Now every social media to commerce site needs all this personal information just to allow access. Then hackers steal it.

So why don’t you propose a “central registry” like the folks who house the .xyz databases. The central registry will have the necessary identification credentials for every participant. Then you get a user id number, like an IP number that IS your permanent internet identity, just a number. Every transaction you make or what ever you do, simply uses this number, which for monitory purposes can be linked to the central registry, where your preferred payment solution/s are stored. You could choose bitcoin or a credit card or a debit system or some virtual currency like a paypal account. Whatever you want.

Anyway, then all companies are off the hook, nobody knows who you are, all transactions are antonymous and only subpoena for a particular suspected criminal event can get records, which incidentally are all encrypted.

I agree with “the Internet was never meant to handle secure transactions.” But I do not agree with “nor (does the Internet) preserve an individuals privacy.” When I first started using the Internet the multitude of ISPs alone enabled a level of security that most can’t even comprehend today. The problem therefore is the consolidation of Internet access. Whether I used Compuserve or some local German ISP back in 1994 that was routed through some guys basement server, my identity was never part of Internet access. I remember my first purchase on the internet, too. I bought a CD with a Linux install from the US. I was probably using Compuserve at the time and an analogue modem. Without having to register with the website (which is standard today) that was selling what I wanted, I just gave them my (German) credit card info and within ten days I got my CD (and had a blast trying to figure out how to install Linux on one of my old Macs). Anyway. The Internet could easily provide secure identity and privacy but users do not insist on it and because of that politicians have answered the beck and call of corporations to NOT make laws protecting privacy. Privacy could actually be easy.

Well it is still called a “crises” but I liked this point:

The Internet was never meant to handle secure transactions, nor preserve an individual’s privacy. Our rush to leverage the Internet for legit commerce has spawned marginally ethical business ventures while also creating vast criminal opportunities. (Links have been removed to protect the innocent.)

Ok, so is somebody actually saying what is obvious for a change?