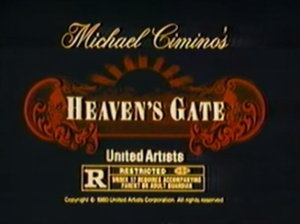 Back in the day, dear worst-reader. Back in the day. I’m referring mostly to the 80s and 90s when I still had it in me. In fact it was so in-me that I couldn’t get the idears out of me. It was truly all I could do at the time for I knew that the end was near. The career end, that is. Yes, indeed, it ended with the millennium. Yeah, like you, I was working for the man thinking I had a career but reality dictated that it was all just another hire and fire job. Even though these “jobs” had served me well, unlike you, I wouldn’t give up on that other thing in the front (as opposed to the back) of my head, that thing that lead me down every road born of imagination and lingering of a thick pudding-like ether of dreams. And. The only way to express it ALL was through something written, usually dialogue. And so. Sit down, Tommi, worst-write another play. Which I did. But I never did it enough. Because there are those plays that I didn’t right. Oddly, some of them are still with me. Of course, as we all know, being a failed playwright has it’s advantages. But I won’t get into that here. For what I want to get into has to do with a movie that I recently (re)saw but for the life of me can’t remember when I first saw it. Or can I? Certainly I did see it. I know I did. More than twenty-five years ago I saw this movie. Even though it was very controversial–because of its costs and criticism. Is Heaven’s Gate in hind-sight a film before its time? Or. Is this (worst-post) an example of losing one’s mind, as is the case when getting old? Nomatter.

The movie I recently (re)saw is called Heaven’s Gate. This movie is embedded in my mind’s eye because it contained something that I new was a seed. The seed, aka an idear for a play, was supposed to be about Feuds. Feuds in my beloved #americant. I wanted to write something about Hatfield and McCoy, Earp and Clanton, and the grand fight between Mr. Rich and Mr. Poor, etc. For moi, there was always something singular about these feuds, something that bound them all together. Right or wrong. Left and right. Conservative, Liberal. And, yes, Poor and Rich. The film Heaven’s Gate is about all those things, especially the last one. And I know I saw it at a screening at State University of So-n-so sometime between 1984-88. The for-profit-state-institution had a huge auditorium that served, depending on requirements, as a lecture hall, theatre or cinema and it was a grand convenience. One of the things I often attended there were lectures given by the prominent. Various elites would appear at this place. I saw actors (Richard Dryfuss, Graham Chapman, etc.), TV personalities (numerous famous journalist who need not be named) and sometimes politicians (Jessie Jackson, Michael Dukakis, etc.) But one time there was supposed to be a prominent personality there but he didn’t show. It was either Kris Kristofferson or Jeff Bridges. (I think it was Bridges that we were supposed to see because he was less of a star.) The prominent was supposed to give a short speech about… Gee, I don’t know. Being #americant or something like that and then his/her movie would be shown. Well, like I said. The prominent one didn’t show. But the movie did. And I remember it because it was like four or five hours long. I remember enjoying the movie but also taking a lot of breaks. I remember standing in the isle-ways of the seats in order to rest my butt from sitting for so long. And I remember half the audience leaving the hall to never return. And then I remember the seed. The seed this movie planted in my head. This seed would be planted from other films, as well. I’m referring to Dances With Wolves, Dr. Strangelove, etc. These were films that questioned the #americant ideal. The ideal of greed, authority, subjugation, etc. Oh yeah! It was a great movie.

Now, so many years later, while reading a über-winded tech-book on #americant business and technology, the film Heaven’s Gate was mentioned because of the triviality of having brought down a Hollywood studio, United Artists. This in turn distracted my reading and I immediately took advantage of modernity and streamed the film via iTunes. Supposedly this is a new release of the film, hence it was only just over three hours. But enjoy it I did. In fact, it reminded me of a seed that still remains–perhaps waiting for its code to click-on so the germination process that has been so dormant in worst-writer’s mind can give it a go once again. Or maybe not. Nomatter. The thing I wish to worst-convey today is nothing more than elation regarding a wonderful film. A film that depicts the true heart and spirit of #americant–as negative and positive as that heart and spirit can be. And after seeing it again and realising what has become of my home, the place that raised me, I laugh. Indeed. #americant is in ruin because of empire, war-mongering, greed-society and our inability to transcend feud(alism). Heaven’s Gate is a movie that depicts #americant at the turn of the century. Or should I say that Michael Cimino depicts it all? In a way, during that turn of the century, a seed was also planted. A seed that would lead to the #americant century–the 20th century. Heaven’s Gate is a film that every #americant should see and then be required to write a short essay on and turn that essay into shit-for-brains teacher at bat-out-of-hell school for the mind-blind. Perhaps then, after all the worst-writing, enough Volk will realise the ills of our ways. Or maybe they’ll just see the beauty of something that has been misunderstood for so long.