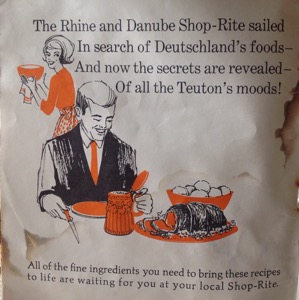 Visit winding down. Leave tomorrow on latenight flight. First time departing my beloved former home at 20:30 hours. So. With that in mind. Let me try to summarize this visit. I’m confused more than ever about being an expat, visiting (former) home. Even  though I’ve seen mother several times since August 2014 and death of stepfather, this is the first time I’ve accepted her being a widow. Not sure why that’s worth mentioning. I guess the word “widow” is just strange to me. Stepfather not being here is strange, too. §Reason for this visit? The old sea-beaten house is holding up, still in pretty good shape. The roof is done and should last another five to seven years before further maintenance; next inspection in three years. Weeds and erosion biggest problem around this house. Shocked and itching after finding some poison ivy growing in one of my mother’s bushes. Tried to plant some new grass but I fear the soil is too sandy. I think mother should hire someone to come out and redo front yard totally. Get rid of old top and replace with fresh soil and new grass, preferrably from seeds, not sod. Mother doesn’t want to spend the money–as usual. And to do the lawn right would mean a longer visit than two weeks. Getting rid of old soil and ingrown weeds would take more than a week. §Tommi’s todo list. Shopping for old Germany: done. Got son new Chucks in leather (cool). Have wife’s “American” cooking ingredients, blouses, quilting fabric, etc. Got a few shirts and pants, socks for myself. Added some funds to local bank account which is solely used for US iTunes account. 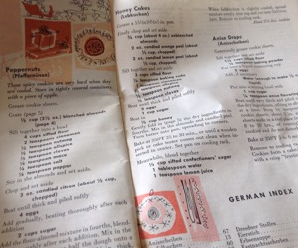 §Trivia. Found an interesting ancient magazine/cookbook titled: The German and Viennese Cookbook. It has one hundred forty seven German and Viennese recipes. Pic at top is from inside of title page; pic above is of confusing translation that the Canadian publisher might have gotten wrong–more on that in a sec. All recipes are in English but the German translation of recipe name is in parentheses. Quick Coffee Cake is Blitzkuchen. Orange Coffee Cake is Apfelsinenkuchen. Breaded Veal Cutlets is Wiener Schnitzel. Drop noodles is Spätzle. Potato Pancakes is Reibekuchen. And this one I did not know. Honey Cakes is Lebkuchen. I always thought Lebkuchen is Gingerbread. Indeed. Lost in translation. It even has a German index to better help one find those fancy foriegn named dishes. Actually “fancy” is wrong word. All the recipes are staple recipes. Nice find. §Futher contemplation of visit. This question follows me this visit: Could I live here again? Could I go about this place as though that quarter century never happened? Of course not. Silly proposition. So I just come every six months to visit mom. Feel like aforeigner in my country of birth. And so. Every visit is mother’s day now that she’s a widow. Speaking of which. §She’s ready for summer. Next visit from sister in August. She will take care of what I left behind or her share of yard work–hopefully. § Misplanned this trip and other countries don’t have so many commercial, i.e. go spend money days. Mother’s Day. Muttertag. I’m usually confused about these typically American commercial days. You know. Valentines. Halloween. Mother’s Day. Just another reason to spend money that no one has. Seriously, dear worst-reader. Like never before–if I ever understood it–I don’t get how people live here. I mean, how do they survive in this environment of political ignorance and contempt? Perhaps I should just keep the worst-conversation to asking how do they (#ameriants) spend? For spending is everything here, is it not? So I’m wondering what do they spend? Money in the form of credit. Or cash? Like the other day. I bought flowers. Two sets. White roses and a bouqet of other colorful flowers. (Slow motion on.) Six white roses cost fifteen dollars. The bouqet ten dollars. (Slow motion off.) And they don’t even look that good. Highway robbery of the highest order. But that’s all there is. Highway robbery and poor consumer choices and profitable pseudo-celebration days for retailers. May cynics everywhere abound. Nomatter. 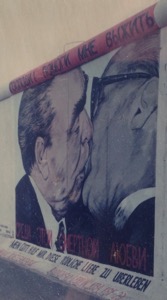 §As I was failing to worst-write, there’s a difference between Mother’s day and Muttertag and a society that can’t spend its way out of the wet pap0er bag it’s stuck in. But what am I saying? Where do I live? What place have adopted as my (not so new) home? The Teutons have been so Americanized with a Micky-Dees on every corner and a new mall on almost every corner. I’m starting to wonder about whether or not my expatriation is complete. Obvioulsy I want to celebrate Mother’s Day but I feel compelled to celebrate something else. The demise of culture? Cultivation? The sheer vastness of commercialized life. As though there is nothing else left to be said, done. Oh. Where are the old days that I no longer yearn for? Rant on. -Tommi