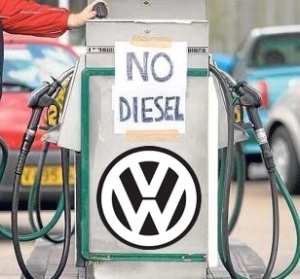 There is a scene in the satirical movie “Schtonk” where it’s said that Adolf Hitler claimed in his diaries that he invented the Käfer. You know, that cute little German car known as the beetle or bug–not the new plastic krapp copy they’ve got now. And not only did he invent the original bug, but he also invented the company that would make the car: Volkswagen. The people’s car. Fittingly, someone adds later in the film: “And it’s still on the road”–Und der fährt immer noch. The implication is that the car was built so well that it will drive forever. I guess. Ha. Ha. Ha.

Schtonk! is based on a true story. It is about a bunch of gaudy, slimy, yellow journalists who think they have found the Hitler Diaries. As is the case in the true story, it’s all nothing more than a grand hoax. But that hoax had a bit more to it than what we see in the film. One of the reasons Stern magazine was so easily manipulated into this hoax was the fact that Germans were starving for some sort of inner reconciliation regarding their recent past. In the movie the top manager of the magazine that was financing the acquisition of the diaries even says, after hearing the first words that Hitler (supposedly) wrote: “We’ll have to re-write German history, this is sensational, this means that he (Hitler) was a person like you and me.” Indeed. A privileged corporatist claims that a past can be changed as long as a new future can be arranged. Or something like that.

The gaudy, slimy, yellow journalists in Schtonk! are no different than the gaudy, slimy, yellow managers that run corporations today. For it is true, dear worst-reader, that the only way to get by in a world where monopolies and oligarchies and plutocrats rule everything is by hoaxing and manipulating and cheating–and arranging new futures. This is the true face of unabashed, predatory capitalism that is drowning us all. And not just drowning all of us minions. Some of the corporations have to drown, too. But only some.

What is the difference between a car made in Germany or a car made in the US? Sure, there are quality differences, maybe even one will last a bit longer than the other. But all in all, they are the same. So how then do you make money if there is nothing to differentiate your product from the next product? Or what do you do if there is no more money out there to buy products? Indeed. You arrange things. In the end, it’s all just corporate bullshit–that has been arranged. With that in mind…

According to one of the articles I read, 20% of all diesel passenger cars sold in the US are made by VW. That’s fucking huge. Reason? Diesel cars get great mileage–and that whole obsession-thing America has with Germans doesn’t hurt either. Can you say Fahrvergnügen? On the other hand, gas mileage is kinda important to Americans these days, even though Americans don’t really know anything about gas. They most certainly can’t understand why the stuff is such a huge determining factor in their living standard. Seriously. They don’t get it. The wars, empire, failed Texas oilmen elected (twice) to the land’s highest office. Nor can Americans understand that all the money they pay for gasoline, thereby deminishing living standards, goes into the coffers of a few people. That means there are a few gas company execs out there ranting and raving about slimy Europeans encroaching on their turf. And who do the gas companies collude with? Again. A significant # of diesel passenger cars on US roads are made by Europeans. Did no one tell those Europeans that America is gasoline? Diesel is European. And you know what Americans think of the French, right? Freedom fries, baby!

They call them recessions and not depressions because the latter is so definitive. They also use the word recession because inherent in the word is the idear of recovery. The western world and the concept of a living standard that permeates it has yet to deal with the fact that there is no difference between depression and recession if there is no recovery. The whole point of Too Big To Fail and bailouts is that corporations don’t have to actually answer to the market. Instead they keep on supplying, i.e. manufacturing, producing, etc., as though nothing has happened. The problem is, there is no such thing as the market. There’s only “growth” which feeds stock prices and open lines of credit. With that in mind, my guess is that VW has simply over-produced. Since there is no recovery insight from this recession (depression) something has to be done with all those unsold cars. But it can’t come out that America’s favourite diesel motor can’t be sold on account there’s no money to buy them. What would Ford or Chrysler say about why their cars are not being bought either? Oh, yeah. They’re all in the same boat.

When multinationals get into trouble this is what they do. They pretend something went wrong. They claim foul from government regulation or foul against a competitor. Or they get government regulators to claim foul against them. They make crony politicians do them favours. Some even hire universities (via grants) to do a study about, gee, I don’t know, …emissions. Next there might even be a study about tire pressures. Are tire manufacturers in dire straits?

Just look at GM’s recent debacle. Didn’t Toyota recently recall a shit load of cars? Does any of this sound familiar? These companies are allowed to get away with what ever they want. They simply push the burden of being unmanageable elsewhere. It’s the slimy, gaudy, yellow thing to do. They arrange (their) futures.