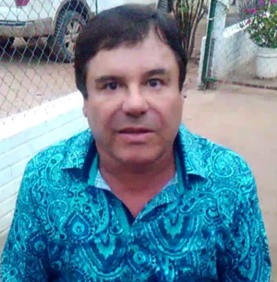 The traffickers—these aren’t people who take drugs. These are guys by the name D-Money, Smoothie, Shifty. These type of guys that come from Connecticut and New York. They come up here, they sell their heroin, then they go back home. Incidentally, half the time they impregnate a young, white girl before they leave. Which is the real sad thing, because then we have another issue that we have to deal with down the road. –Paul LePage, Governor of Maine, USA

Where does it go from here, dear worst-reader? Obviously Trumpism is having an effect on my beloved United Mistakes of #Americant. Trumpism and the tea party combined will have an even bigger effect. Look at the state of Maine. Or has it already happened to every US state? Nomatter.

If anyone is wondering what will come of all the batsh*t–we only need to begin the study of subtext and have a look at what Maine’s governor recently said. I, for one, love subtext. Without it I could have never written all those awful (stuck in amateurism) plays of mine. Of course, at the time, I had no idear what subtext is/was. So let’s define it now, shall we.

subtext |ˈsəbˌtekst|, noun, an underlying and often distinct theme in a piece of writing or conversation that is not explicit.

Which brings me ’round to the subtext I’ve been reading in the newz lately. Would you believe that a sitting US governor spilled the beans of what’s on/in his mind? (See quote above–which, btw, is missing the name El Chapo as one of the dealers that enter the state.) Paul LePage, Governor of Maine, said, in front of small crowd, that citizens of Maine are all heroine addicts and that the state’s women are overly promiscuous with all the drug suppliers that regularly visit from Connecticut and New York. Or did I miss something in the (sub)text?

I, for one, will never forget sitting in PHL Airport bar waiting for a flight and watching two complete strangers exchange pharmaceutical drugs as I gulped at my glass of Yuengling. To say the least, I was shocked at both their wit and knowledge of the pills they were exchanging and also the expertise one expressed to the other about how to take the pills during the flight. And. Of course. I couldn’t help but think about what those drugs are made of. Yes. Like the subtext of words spoken, dear worst-reader, there is the unspoken, the unspeakable of the legal drug trade in the US.

Ultimately, all the pharma drugs that #americant is addicted to are derivatives of illicit drugs that we hear about every day. The only difference being the pharma drugs generate huge profits for corporations and the illicit drugs simply provide Sean Pean an interesting interviewee partner. Ironically (or not) drugs, e.g. cocaine and heroin (opiate) are the basis for most of the pharmaceutical drugs #americants ingest daily. Which brings me full-circle to the governor of Maine and the subtext of what he said the other day.

Btw, the great thing about subtext is that you can come up with your own.