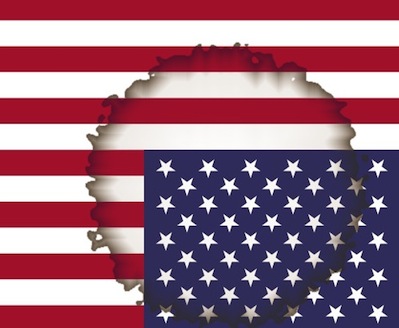 Read some legislation this morn. I guess I woke up feeling patriotic. But that soon waned. Indeed. Get a load of this krapp. A couple of Senators–you know, those guys in government that are the dirty hands and unwashed feet of the corporate and military industrial complex–have drafted yet another useless bill that is supposed to prove they are where they are because of democracy. Or is it idiocracy? Nomatter. The bill starts out with this phrase:

No person or entity is above the law.

Now, I don’t know about you, dear worst-reader, but there is something akin to an oxymoron-thing going on here–the likes of which have been seen before. This is how the puppets running the freakshow that is (the current iteration of) #americant prove everyday how incompetent and inept they really are. Gee, which begs me to ask: who votes for these people?

“No person or entity is above the law?” WTF! Above the law, like, banks are obviously above the law? Or above the law, like, how the US Treasury can be plundered for war mongering and that plunder can be shifted so that the middle class–decimating it in the mean-time–pays for the plunder? Or how ’bout above the law when it comes to dumbass religious beliefs that suddenly can be turned around using fancy text (that is above #americants third grade level reading capacity) and thereby legislate reverse discrimination laws that allow really, really stupid white people to continue their hate (in the name of the law) of people who think and act differently?

Above the law = stfu and just go buy something (and if you can’t, stfu even more). Other interests are at work in your government. Or something like that.

Anywho. Two fourth grade level senators recently put together a bill that would help government deal with the reality of digital encryption. Keep in mind there are conflicting realities here. On the one side there is the all-powerful, authoritarianism of government (over people) that lies to us when it says that law enforcement is for our own protection. On the other side there is the fact that the digital economy of the future can’t function without strong encryption. I mean, come on. Almost every time you access a website where you want to buy something or register something encryption is used. To make legislation that enables the government to be above that encryption–in the name of law enforcement–is Orwellian at best and detrimental to the future (economy) at worst. And all this (effort on the part of inept politicians) just because Apple stood up to an arm of big brother–the FBI. Wow.

And so the lie goes: there are most definitely some above the law and there always will be. Inept third grade voters elect inept fourth grade politicians. And there we have it.