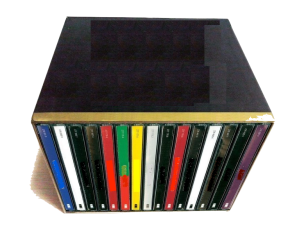 First A. This post is NSFW. First B. The window of opportunity has closed. We are screwed because moneyed interests are the new Gods of art, creativity and life. Or. I would really like to see a change in the music industrial complex now that Prince is gone.

Second. I am a child of two mothers. The first mother is the cold fucking war. And what a cold bitch she was. My second mother was the fucking music industry which, to this day, I wish I would have never suckled her teat.

Third. Not that it matters, but here are a few artists that disillusioned me in a grand way.

Fourth. Not that it matters even more, here a list of artists that illusioned me.

It took a lot of years for me to be a able to afford music. Reason? Well, money, of course. I’m sure, like many others, in my youth I had to prioritise expenses. That meant that through my late teens to early adulthood the only music I ever owned was a few vinyl albums and a small collection of cassette tapes. Indeed, through this “ownership” I was able to enjoy Elvis, Kiss, Barbara Streisand, Johnny Cash, etc. The only way to listen to new music was to listen to radio or, get this, share with friends. Eventually listening to vinyl was replaced full-time by cassette tape. Reason? Friends. And. I couldn’t copy vinyl–in order to do something as simple as listen to music. And get this. I listened to cassette tapes until my late 30s–well into the 1990s. Reason? You guessed it. Money.

By the mid-80s I was living here or there and trying to go to this college or that college and all the while being influenced, whether I liked it or not, by music. Music was everywhere. Once, while enjoying an evening out with a bimbo on a cheap date at some dive-bar, I asked her: “how is it we can listen to the music in here without paying for it but if I want to listen to it at home it costs me an arm and leg?” (I know. It’s a naive question. But go with it for now.) She didn’t understand my question. At the time I was in a second year economics course where the music industry and its profits was our topic of study. She was learning the science of space engineering–or something like that–which was kinda cool since I can claim to have spent some time at a college that produced two NASA astronauts.

The reason I asked such a question about music was because, other than fucking really smart college bimbos, I liked listening to music. Yet I couldn’t understand why, if music was everywhere, it was so expensive to have with me at home? Indeed, dear worst-reader, my bitterness at not having any money to afford the simple things in life (other than really cheap dates) started early. I guess being an American I was spoiled. (No duh!) I had to put gas into my car so that I could drive to work but I when I worked I didn’t earn enough to pay rent, gas, college and have the luxury of music at home? Seriously? I never liked the idea of music being a commodity. Obviously it wasn’t food or water but it was part of life. For that reason, I hated radio because it was more a bombardment of boredom and redundancy than it was a medium of artistry fucked by commerce.

Cassette tapes at the time cost somewhere between $5-$10 but you could get them real cheap used or, better yet, pay nothing by copying them from friends. Anyone out there remember those double cassette decks? Needless to say, by the time I skipped town on the freak show–i.e. jumped the ugly blossoming #americant ship of Reaganomics–I had a nice collection of cassette tapes with music from the 60s, 70s and even the confused 80s. Cassettes, btw, are the reason I prefer albums over singles. I feel as though, from the 70s on, certain musicians cultivated the album almost as though they were writing a novel. To me, buying singles is just stupid. Fucking Buddy Holly, bless is soul, is dead, man. I want an album that tells a whole story. But I digress.

By the time I was a young adult–scavenging through this consume to survive life–I had become so disillusioned with the bullshit of the music industry that I practically gave up on it. I was satisfied with my old collection of tapes–including a few tapes by Prince. When I moved to Europe in 1989, the only stuff I took with me, other than clothes and a bunch of used paperback books, were, among others, the Batman soundtrack.

Throughout the 90s I was working and traveling in Europe. During this time I entered into what I call my dead music years. That is, I can’t remember buying one album or artist during the whole period. By the late 90s, though, there was something happening that beckoned my return to music consumption. One cool thing about working and traveling around Europe was that jazz bars were usually pretty easy to find in all major cities. I fell in love with live jazz music whether in Stockholm, Madrid or Paris. Once the traveling started to wane (by the end of the 90s), I yearned for this music evermore. Having met some audiophiles here and there, I quickly had a collection of burned CDs of jazz galore. I think I got my first CD player and stereo system in 1999. Enough about my stingy music preferences.

Like I said, when it came to buying music–actually paying for it so I could listen to it while in the bathtub or jogging or fucking some bimbo–I was skewed. I gladly paid money to hear music live but when it came to the ridiculous cost of owning it and then having the means of actually playing it through a decent sound system–fuck that! By the turn of the millennial my skepticism and cynicism for the music industry was at a pinnacle. The music business was more of a scam than ever before. I mean, come on, here’s a question for ya, dear worst-reader: how often has music been paid for twice (if not more) as people moved from analog to digital? What? Never thought about that? The music industry certainly thought about it. Ka-ching!

Cassette tape was my favourite way of listening to music for more than twenty years. All the while, it never crossed my mind that I was in anyway duping a musician when I copied a cassette–or made one of those fancy compile tapes. Did I care that ultimately music was/is a business? Fuck no. It’s just fucking music and if you don’t play it so that people can listen to it, well, go make your money elsewhere. Do I espouse an arrogant point-of-view? Damn right I do. But I assure it’s no more arrogant than those rich middlemen or lame-ass “artists” that think getting out of bed requires a price paid. My point is, damn right I’m arrogant about how the music industry has screwed us (all). But as I write this, I stand by it. And in my re-awakened anger, I’m also getting ahead of myself.

Maybe a third of my cassette tape collection up to the point of giving up analog music around 2005 was copied music. That meant that well into the era of Compact Discs, I was still listening to analog music–most of which I paid for. As far as what I didn’t pay for (directly), I no longer copied cassette to cassette but CD to cassette. The itch of digital was there; the itch of convenience, as well. In the early 2000s I think I downloaded three songs from Napster. The mp3 quality at the time sucked. Then Apple bought SoundJam which they turned into the music greed monster iTunes. When Apple declared that one song download would cost .99c, I quickly started to hate Steve Jobs for changing the music industry the wrong way. Do you know how many .99c I would have to pay to download my music collection? In fact, the whole music industry, with the help of Jobs–as far as I’m concerned–is the first human endeavour to actually immortalise what should have been a dying middle-man, top-down driven industry where the price of an album or song is the same as it ever was (if not raised) yet the costs of distribution has been moved to almost nil. Indeed. The old-economy of music won. The rest of us lost.

For most of my life I got to listen to a lot of music by ways other than compensating the middleman of comfortably contracted musicians. Does that make me a criminal? In the eyes of certain musicians, I am most definitely a criminal. In the eyes of misconstrued law making by government that is owned by moneyed interests, I am also most definitely a criminal. My response to being labelled a criminal, though, is thus: fuck you. With the recent passing of Prince, I feel compelled to say it again–but this time not out loud and not, out of respect, to him.

Allow me to interject a new fiend: Metallica.

I recall vividly Princes’ fight with the company he signed a contract with. This fight was so stupid that he even changed his name to a symbol in order to avoid that contract. Even though I was and will always be a big admirer of him and his music, he really lost me when he did this krapp. It’s not that I don’t think he deserves ownership of his music. Of course he does. But he, like so many other artists, signed it away. I suppose I could have some sympathy for him if he were an artist that came out of nothing. But his “career” started at a very young age. He was well schooled and learned in the industry by the time he signed with a record company. When that record company decided to sell boxsets of his music–because it was trying to greedily offset what it considered losses from internet downloads–he suddenly took a stand. A stand for what? As far as I’m concerned, the stand he took against his contract ruined his musical career. Or maybe he had already peaked. Whatever. He should/could have enjoyed his days but the bitterness ate him up from the inside. Or maybe not.

Of course, Prince is not alone. The other musician(s) I love to hate because of their reaction to file sharing, the Internet and modernity: Metallica. Talk about jerk-wads and greedy little cock-suckers that play their guitars and wave their long hair as though their dicks are their mouths! Since I won’t say it to Prince right now, this goes out to musicians who put their bank accounts before the ears of those who will listen. Fuck you Metallica for being the pricks you are when it comes to kids just wanting to listen to your music and don’t give a shit about what contract you signed with the devil to make you popular! Fuck you double!

One last thought. I hope Prince Roger Nelson sees the truth about the music industry and how it screwed not only him but everyone who deserves to admire his art without the coercion of greedy middlemen. And fuck Metallica thrice.