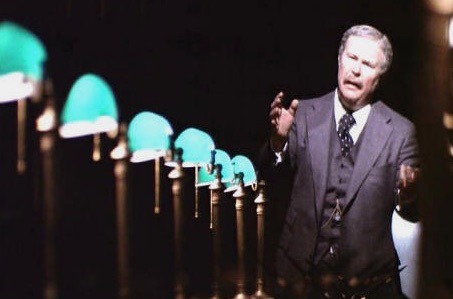 What should 7 billion useless eating bottom feeder lemmings do if they are not achievers–but think they are (achievers)?

Ah. The tried & true response to a grand issue stemming out of the sophomoric mindset of a pseudo (master)debater and an unbeknownst polymath (wannabe).

The answer from she/he:

But , dear worst-reader, have you listened to Mr. Jensen’s speech to Mr. Beale in the movie “Network”? Here’s the thing about the few & far between that fail to understand the intricacies of what makes life the dismal piece of shit it is. (Btw, most people fail to understand because they can’t remove themselves from a mindset. Remember, it’s important at least once in a lifetime to get up on that desk and sing-whisper Oh Captain My Captain. Or maybe not.) The problem with questions that should reflect a senior (if not graduate) mindset–as opposed to the sophomoric–is that most people are vested in a system for which they have no answers even if they are able to ask the right question(s). This is the result of the amoral and delusional dependencies of the teat that is being sucked. With that in mind:

What does Mr. Wizard and all-knowing Tommi, aka worst-writer, think should happen to 7 billion people that he considers useless lemmings, automatons and compulsive behaviourists–aka careerists, corpos, and/or those who think they’ve actually “worked” for what they have(not), etc.?

First, are you serious, dear worst-reader? Asking me what I think should happen to 7B people just because I’m critical of 300m #americants because they are incapable of seeing how their behaviour (very, very bad behaviour) is the reason the world is in the situation it’s in? Just because I’m arrogant and stuck-up and on a pedestal in my ranting and raving, the only question you can ask me is a question that not only changes the subject but also steers the debate away from the subject?

Gee, dear worst-reader, it seems we’ve come to an impasse. If that’s the case, allow me to interject (in the debate without sustaining negative points for going off subject):

What’s the airspeed velocity of an unladen swallow? (That’s from another well written movie where nuggets of wisdom would not only entertain the automaton lemmings but also provide a bit of fodder for (almost deep) thought.)

Sorry, but I prefer to at least try to go beyond the sophomoric in my quest for knowledge. But since I’m in a good mood this morning and all I got is the sophomoric surrounding me, I’ll create this blogpost to, at the least, amuse myself.

The question that should be asked regarding why the world is the way it is isn’t about what I or anybody thinks 7b people should do? In fact, my ranting is, at most, about 300m Americans (or, as I like to put it: #americants). I suppose 300m compared to 7b doesn’t really matter to anyone that can’t see beyond the knotted shoelace that represents her/his life. Yet, because I don’t see things in terms of banks and corporations and government and politicians, there is no way that I can provide a vested answer to a sophomoric question–from someone who thinks being an automaton is synonymous with being an achiever. But, again, I’m feeling amused this morn–which is synonymous with indulge-me.

Things like Big-Brother and double-speak (oh no, that’s stuff from a book that wasn’t written by a nutjub) have moulded the mindset of so many that, again, people can’t tell the difference between reality and delusion. My ranting isn’t about 7b people nor is it about the 1%, yet we are dealing with an issue of major social and judicial implications. (Btw, social and judicial in the same worst-written sentence could be construed as synonymous with right and wrong, truth and lie, pomegranate and toothpicks, etc.) Simply put, my ranting is about the behaviour of those who think they have achieved something in their measly lives simply because something has trickled down to them. I could use the term neo-feudalism at this point but it’s probably better if I just breath. There. Done.

All those years that I bitched and moaned about being a failure because I couldn’t cope with the corporate world or the convention of family life, etc., were really about questioning the life of all the lemmings that I followed. But that’s how the lemming-thug-life is, right? While everyone else trudges along, no one notices what they are actually doing thereby the only thing that has really trickled down to them is greed, narcism and insert your favourite (or all) of the other deadly sins here. The saddest part about my ranting and all-knowing arrogance–and thereby getting into sophomoric debates–is that through out my life I have never met a single person that didn’t achieve above and beyond their ability to behave and/or suck up to someone else. That is the true loss of this life that I have to die with. I know that there are achievers out there. I’ve read about them, I see them in the news and on the interwebnets. But to have met someone that is an actual achiever? No. Nothing. Nada. Kaputt. As sad as that is, I laugh about it now because some (who debate me) think I am all-knowing when in fact I’m just not delusional. I’m not delusional because I’ve never been able, via the trickle down of something, to afford it. Wow, Mr. Beale, aka worst-reader, you might be right. You have seen God.

Below is the transcript from the movie “Network” of the speech that Mr. Jensen (the 1%) gives to the delusional Mr. Beale (300m automaton non-achieving #americants). Although written over forty years ago, this speech should be studied by the compulsive behaviourists that make up the lemming automaton workforce who actually think they achieve on a daily basis as they suck on the teat of mother trickle-down. And on that note…

Jensen: You have meddled with the primal forces of nature, Mr. Beale, and I won’t have it! Is that clear? You think you’ve merely stopped a business deal. That is not the case. The Arabs have taken billions of dollars out of this country, and now they must put it back! It is ebb and flow, tidal gravity! It is ecological balance!

Am I getting through to you, Mr. Beale?

What do you think the Russians talk about in their councils of state, Karl Marx? They get out their linear programming charts, statistical decision theories, minimax solutions, and compute the price-cost probabilities of their transactions and investments, just like we do.

We no longer live in a world of nations and ideologies, Mr. Beale. The world is a college of corporations, inexorably determined by the immutable bylaws of business. The world is a business, Mr. Beale. It has been since man crawled out of the slime. And our children will live, Mr. Beale, to see that perfect world in which there’s no war or famine, oppression or brutality — one vast and ecumenical holding company, for whom all men will work to serve a common profit, in which all men will hold a share of stock, all necessities provided, all anxieties tranquillised, all boredom amused.

And I have chosen you, Mr. Beale, to preach this evangel.

Beale: But why me?

Jensen: Because you’re on television, dummy. Sixty million people watch you every night of the week, Monday through Friday.

Beale: I have seen the face of God.