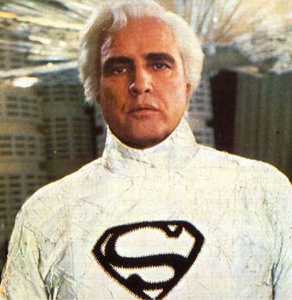 You are not a victim of Bertolucci’s film making. Or are you? Wait! Let me put that another way: When will the left learn? When will liberal thinking people grasp reality? The pathway to right above wrong is not traversed through political-correctness but through those who don’t give a fcuk. But there is a way to get to the ice-cream truck where butter flavoured joy awaits us all and the one who will serve you should be Marlon Brando.

Warning: minor spoiler alerts to a film I highly recommend even though it’s not Bertolucci’s best.

Bernardo Bertolluci is a brilliant film maker. Even though it’s not one of my favourite films, Last Tango In Paris is a really cool movie. In fact, I used to own the novel version of it. That little paperback has since become one of those rare books I lent to someone and never got back. Gee, I wonder why. Could it be because I highlighted the butter scene in it? No. That can’t be why Giuseppe never gave it back to me. Remember when they wrote novel versions of movies, dear worst-reader? Oh, they only do that these days with Star Wars because there really is no place for a butter scene in such a story. Or?

The thing about Last Tango In Paris is that I always compared it to Hitchcock’s Psycho. I saw both movies in the early 80s. Hitchcock desperately needed one thing in all his movies: sex; more scary sex. Bertolucci needed one thing in his movies: less scary, a lot less scary. And so, we have one of the scariest characters ever filmed and guess who gets to play him? Mr. Scary himself, hence take note of the letter on his shirt in the pic above. No. Wait. What should the world do with bored, confused, middle-aged white men who get a kick out of objectifying objects and who are scary, really scary? Indeed. Make movies about them. But I digress.

The moment in Last Tango In Paris where Paul’s wife is revealed in a state of decomposition really through me for a loop. Like I said, having seen Psycho only a few weeks prior, the imagery was uncanny. Nothing else in the film really got to me. The sex was kinda titallating and the actress was hot, even if she did have a jungle-forest “down there”. And the moment with the butter? My first thought was: is butter the best choice for what’s about to happen? But all kidding aside. Let’s quote Marlon:

And you know who else pulled off scenes that were just as fcuking great! For all you believers in purple unicorns and tasty rainbows–for all you who can’t face reality and hide behind your false sense of righteousness and shiny über-glorified pussies (i.e. grabbed vaginas)–just check out the brilliant sex in The Dreamers or Stealing Beauty. For those of you don’t know, Bertolucci is obsessed with sex in his movies. It is inevitable that such an obsession deal with rape as much as deflowering. Indeed. A rape scene in a work of fiction, as traumatic as it was for the actress to portray, means that it’s now time to ridicule the story teller? Or will Maria Schneider finally press charges? Cause I’m about fed-up with all this talk without the walk. Anywho.

Now that the world must face the consequence(s) of political correctness in the form of sexually degenerate American presidents and a renewal of anti-feminism, what’s left? Are we gonna now dismantle one of the greatest film makers of all time? Bertolucci’s depiction of sex, especially in Tango, is innocent by today’s Internet standards. Not to mention the fact that we now live in a world where one president makes blow-jobs with White House interns dinner table fanfare and another president makes… Well, you get the grabbing picture.

A rape scene in a piece of fiction from forty years ago is NOT the same as the abuse you experienced while living among the broken-ness of #americant or getting caught up in a no-means-yes frat-party or worrying about your pussy being grabbed–by your fcuking presidential imagination.

Oh well. The good thing is, at least all this uproar will mean that a few politically-correct-obsessed young people might see a great movie that they otherwise wouldn’t have seen. Either that or Bertolucci needs some money from DVD or iTunes sales of Last Tango. Go get’em politically correct nut-bags. Go grab something.

2 thoughts on “Humiliation, Glorification And The Magic Of Butter On Your Conscience”