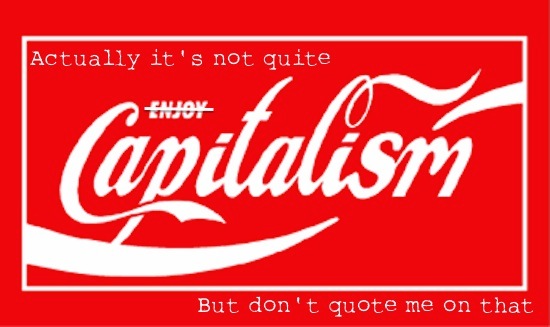 Actually thought about reading the linked article twice but ended up only reading it in part the first time. That is, I started reading it and then realised–and this coming from worstwriter–that the author was practicing his/her typing more than actually writing something. Or maybe not. What a crock of poo-poo the recent ransomware scandals are. Reason? I don’t know, ask f’n Microsoft. But wait. We’re (as in the royal “we”) aren’t allowed to blame Microsoft. Reason? Microsoft had warned users for years to get off of WinXP. Which means, it’s the users fault if they didn’t heed the advice. I guess it’s the users fault, too, if the user can’t f’n afford to pay the real ransom–that of Microsoft making software that, for all practical purposes, dictates when and how they are paid and by whom. Or? Ok. Whatever. I guess It’s easy enough to put the blame on ransomware of this kind on the users. Again. They were warned. But still… Microsoft sucks and so does most technology these days. Reason? That’s how greed-mongering works. Or maybe not.

The article that motivated this post, see below, was sent me by an old friend with the question: “you follow any of this shit?” Here my response.

Thanks for the article. I missed that one.

As far as the recent “wcry” (ransomware) exploit, the article does not once mention that it only worked on WinXP legacy systems. The rest of the explaining that the author does is interesting but doesn’t apply to the real world, i.e. Unix, Linux or Mac users. This recent ransomware exploit is all about legacy systems and whether or not companies are willing to pay the exuberant costs of upgrades—that is not only about upgrading the OS but upgrading all the other software components that, especially for older systems, are rarely compatible. There is a case where a Win7 system was infected but that was only after they tried to fix and/or upgrade the already infected WinXP system. These ransomware exploits, although serious, are really kinda of a sinister joke on Microsoft. I wonder what all these hackers that come up with this shit would be doing if there were jobs available for them—i.e. jobs that paid decent wages and provided a living standard?

Personally, I blame Microsoft for this problem. Even though they warned WinXP users for years that they would no longer support the system with security updates, they went ahead and stopped supporting it anyway. Microsoft knew that there are millions of systems out there still running XP. Hell, I’m sure you could go to some fancy restaurant in Manila and see XP on its cash register system. Why companies and organisations never updated to newer version of Windows is not just about upgrade costs, though—which are outrageous from Microsoft. Like I said, upgrade your OS and you also have to upgrade your other components.

Imagine running a WinXP accounting system on 10,000 terminals (retail, bank teller, airport terminal, etc.) that is dependent on a Oracle DB backend. Holly shit! The cost of an upgrade to another version of Windows OS is mind boggling. And you have to pay to upgrade Oracle, too. This is and has always been STUPID.

But listen to all the college grads out there totting old conservative rhetoric all their lives. A logical government mandate that controls the out-of-control is/was the only solution. Oh wait. Government regulation is a sin.

WHAT A FUCKING EASY THING TO EXPLOIT!

After Bill Gates, Microsoft has been run my sales people and NOT by engineers. This is blatant in how the company has tried to keep up with modernising its OS. I gave up on Windows after Win7. Although the current CEO of Microsoft is an engineer, he’s focused right now on hardware not on Windows.

I’m laughing my ass off.

…and please take all worst writing with a grain of salt. It’s just thoughts or three and little extra time to practice typing.