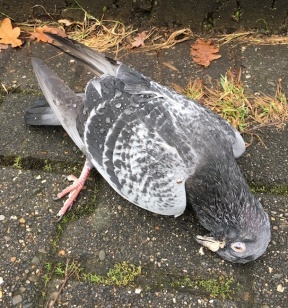 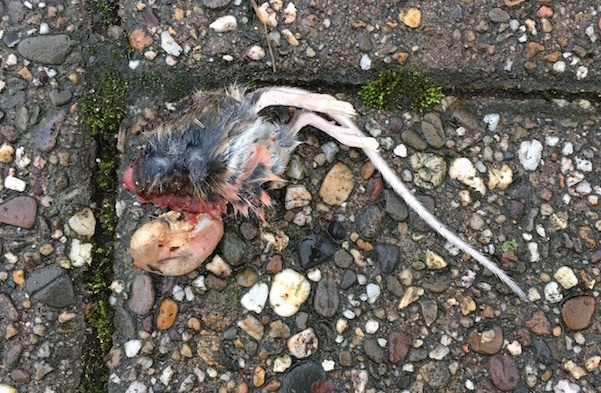 The horse in the pic above literally asked me, albeit in German, to leave his country. The fish in the moat around some #eurowasteland baroque castle said nothing. The flying rat reminded me of the story I’m about to tell. And the headless mouse reminded me of all those in my beloved #americant that got a once great country to where it is today.

On the grave of someone’s mother, I swear this happened. I was walking around some Germanic uppity village one day many years ago. In fact, it was one of them uppity über-villages. You know the type. The type where the past still lives in the form of protected inherited wealth. Indeed. In my beloved #americant this type of village is called an old money town. In America, if you look at these towns closely, you can still see the slaves. In Germania, on the other hand, these towns are about something else. In fact, you could put street signs up around these towns that read: they kicked our a$$ in a war but our kids got to inherit the loot. Ha. Ha. Ha.

I’m walking down a sidewalk with Beckett, the killer pug,  in this über-village and I hear this strange muzzled explosive sound. Within seconds of the sound a flying rat falls out of the sky and lands right in front of me. My useless dog begins to sniff at it. For those not in the know, flying rats are pigeons and useless dogs are pugs.

This flying rat had a huge hole in the middle of its chest. It was at that moment I associated the muzzled sound with a powerful air rifle. I proceeded to look around the old money neighbourhood but all I saw were rows and rows, streets and more streets of #eurowasteland über-villas that looked like they were part of a well fortified ghost town–with too much money at Deutsche Bank. Taking a closer look at the dead pigeon, I noticed that there was no blood around its rather large chest wound. That meant the shooter had executed a clean shot, instantly stopping the heart of the animal as the projectile concurrently emptied out all its inner organs. I looked around to see if those organs had fallen somewhere near by. But I couldn’t triangulate the dead flying rats course. Still. Its inner organs had to be somewhere. If only I had something other than a useless pug as a pet. Have you ever seen, looked closely at, the nose of a pug, dear worst-reader? It is a useless pet for a reason. But let’s not dwindle on that.

“Find the organs, Beckett!” I yelled. But he just stood there on all fours looking between me and the flying rat and, perhaps, considering, if he was next (to be shot).

Before I could contemplate further this worthless life situation, a man came running down the sidewalk of the street. Aghast! It was an old German. In fact, he was old enough to be one of the enemy. Or maybe not. Indeed. Most likely he was born during or directly after the great war. Nomatter. According to how was running, he was in great shape.

“I say old, boy. Do you remember me,” the old man asked me in English.

It was then I remembered him. We had met twice before while I walked my dog and I only recognised him because of the earring he wore on his right ear.

“How do you like my old dungarees,” he asked. “I got them from an American Navy boy stationed in Kiel when I was there as a student. “Can you believe it, after fifty years I still fit in them.”

He waved his hands in the air gesticulating how proud he was of his figure.

He bent over and grabbed the dead flying rat, cupping its carcass in his hands.

“I have to be off now, old boy. My oven is reaching temperature and it takes forever to get rid of all the feathers.”

I watched him run back the way he came. He entered a gated villa down the street and I could hear the metal gates clanging as he locked the door behind him. I looked back down the sidewalk and once again was astonished the dead flying rat left not one speck of blood. I wondered what kind of air rifle could do such destruction.