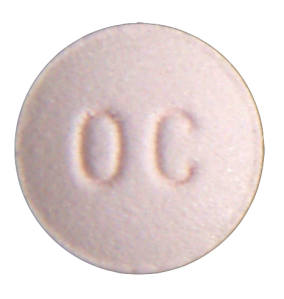 I use to think the saddest part about being poor was the food. That must sound strange considering how much of the planet is desperate for food. Yet considering what some of the richest countries collectively ingest, perhaps it’s not too far fetched to make a comparison between what we eat and what eats us. Or?

Don’t get me wrong. I enjoy a greasy burger every once-a-once. But the idear of having to live off that $hit because a burger can cost so little? No thanks. Of course, long past my departure into expatriate-ville, I think I’ve gotten over fast-food–even though there is an unanswered lust every once-a-once. Indeed. Ingesting krapp is my heritage. And boy am I glad I never got into the drugs.

My beloved & missed #Americant is obsessed with ingesting krapp. In fact, it seems to have no end. And it most certainly doesn’t stop with fried burgers and oil soaked potatoes mash. Indeed. The national ingestion obsession is booming. Which brings me to legalised recreational designer drug abuse, baby. Now ain’t that a thang? But is it worse than fast-food? Or can the two be combined? Then again, with the onslaught of current lawsuits pending against greed mongering pharma companies–that looks a lot like the lawsuits against big tobacco–maybe fast-food will come out of this rejuvenated. No. Wait. I’m way off topic.

This is supposed to be a post about recent articles I’ve read concerning #Americant’s ingestion problems. Specifically addiction to serious hardcore drugs that are legally prescribed by doctors. Yet these drugs are no different than the illicit drugs of yesteryore. And that’s the ticket, ain’t it? It’s easy to answer the question of where these drugs come from. It all started illicitly via Asia, South America and, perhaps, in some places Ozzy & Harriet’s back yard. But then a few cocksucking greed mongers got wind of modernity and thought: why do drug lords in shady places get to make all the money off of the land of free to be stupid? Why can’t I make some money off it, too?

What was once illicit is long since legal. And big pharma boys have made a $hit kicking killing off it all. Which means the #Americant Way has won again. So get out there and put on that shinny cape and fly through the sky of your drug induced dreams. And every so often have a stop at some place with golden arches and share a burger with a compatriot. And then sell him some of your surplus opiates. Yeah, baby. Let’s get high while killing the pain of being #Americant.