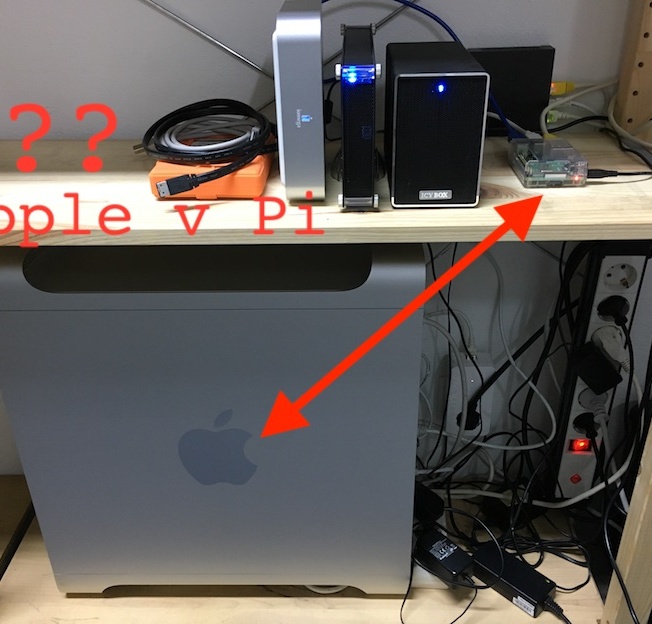 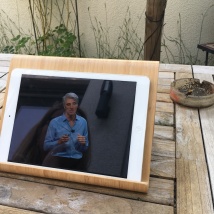 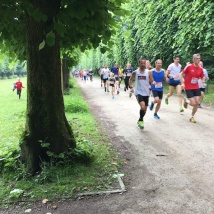 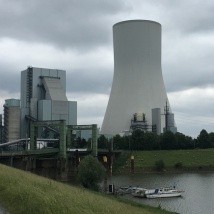 I tried to become a watch-nut once. Not a real watch-nut, mind you. Of course not. A real watch-nut spends lots of money on watches. Heck, I don’t even like money. Anywho. A watch-nut knows what a complication is. In fact, that’s the only thing that made watches interesting to me. The simpler the complications, the better the watch. That’s why for years I wore a cheap, mechanical watch that within a twenty-four hour period lost at least two minutes of time. . Every morning I had to get up and wind it. Which brings me to the worst-subject of the day. As in super expensive and it works or something quite a bit cheaper and maybe, well, it loses two minutes of time a day. You in, dear worst-reader?

As you can see in the confused pics above, I consumed Apple’s #WWDC2018 the other day. Already dislocated from expectations, I was, as usual, disappointed in the show. Long worst-writer, , story short: #Apple sucks. The only consolation, as an Apple user, is that Apple will remain the best of the worst for the foreseeable future. That said, I’m not ready to go elsewhere for my personal computing needs. Or maybe I am. I’m especially not ready to go iOS. That’s for sure. And that’s what I got out of this year’s WWDC. In other words, if you’re an old-school Mac user like me, it’s probably time to move on . That means, iOS is definitely gonna take over soon. And even though the guy with the funny hair and plastic look claimed there will be no merge of iOS and MacOS, I don’t believe him. I mean, look at him. The duschbags running Apple these days are definitely earning their weight in bull$hit. And that’s coming from a guy who has nothing but Apple products in his digital life. Aghast!

In order to prepare myself for the future I’ve been experimenting with what I consider the only true innovation in personal computing hardware in the past twenty years. And when I say personal computing I mean old school stuff . . I’m old school because I believe that when I buy a computer, what I do with it after purchase is all up to me. the thing I hate most about iOS and the direction computers are going is the interface and the fact that that it has exponentially increased the distance between human and device. Wow. I bet that’s worth a worst-thought or three, eh? Anywho.

Now don’t get me wrong, dear worst-reader. I’m not afraid of change. It’s just that I really hate tablets. Nomatter how bright, clear and shinny they make those screens, there is something awfully wrong with my finger tips hitting a piece of hardened glass in order to interact with the/my digital world. Add to that the closed eco-system these new devices have ushered in … at the behest of greed mongering corporations…

The thing to keep in mind while reading this worst-post, dear worst-reader, is that nomatter what Apple does, worst-writer ain’t going to move to tablet computing anytime soon. In fact, so far, it looks like they’re gonna have to pry my old-school personal computing way of life out of my cold, dead, nightmare hands.

IMHO the most innovative personal computing product in years is the Raspberry Pi. Since its introduction as a code learning device for young people it has become a viable and versatile computer , although it’s not quite ready to replace desktop computers. (But it is almost there.) And get this! It costs  less than 40,-€.  Depending upon use and purpose, total cost of this device is around 100,-€, and that includes audio-boards, power supply and micro-sd cards. Considering what I’ve paid over the years for inevitably obsolete Apple products, that’s pretty impressive. FYI, I currently have three Raspberry Pi’s in full-time use in my house. And there’s this : I’m using R-Pis more than any of my Apple digital devices combined, except, maybe, my MacBook.

One Pi is a Plex media client that has replaced one of my AppleTVs. It’s only a matter of time before another Pi replaces the other AppleTV. My second Pi is an audio streaming device using Volumio and a Hifiberry audio-board. It has 1) replaced iTunes for streaming music in our living room and kitchen and 2) will prevent us from having to buy any of those stupid little speaker thingies everybody and joe is pushing onto the music listening market. Sorry. Let me just put this out there:

The third Pi , the 3B+, because it has increased ethernet capacity–although still via a bottlenecking USB 2.0 bus–I’ve been testing as a NAS (network attached storage). Other than a few twerks and quirks here and there, these Pi’s work great .

a few words about NAS on the cheap.

As you can see in the large pic above, I’m using a 2010 MacPro as a headless server. I’ve been using it for almost ten years. It’s where all of my household data is stored and backed-up. Of course, I know it’s time is limited, especially considering what Apple is doing with MacOS. It’s currently running El Capitan and I’m not even gonna bother with or any other OS. What I’d really like to do with it is stop wasting it as a over-energy-consumptive server and re-install Snow Leopard on it and just use it as a awesome desktop computer. Any by-the-buy, the newest MacOS just released, Mojave, won’t run on it . Indeed. More obsoletism. And for those interested, I don’t favour Synology & Co. on account they all seem like over priced and over complicated un-neccessities.

Conclusion after about a month of Raspberry Pi NAS testing?

Using OpenMediaVault, a 32GB micro-sd card, and a dedicated 5v-3amp micro-USB power supply, and, of course, numerous available HDDs I’ve got lying around–including really, really old USB 2.0 cases–my new cheap NAS works great so far. Currently occupying two USB (out of 4) ports I have an old 750GB HDD that is dedicated to audio. Another hardware enabled RAID-0 case and 2x3TB drives in it, gives me a total of 6TB as an experimental backup server. I’m testing the big drive as an alternative to the MacPro. Btw, the MacPro is a great server but it is obviously wasted in this role. Also, I’m not able to connect any of the Raspberry Pi’s to it unless via a Plex server. Something about Linux file systems and Mac files system not getting along, don’t you know. Anywho.

Hiccups so far mostly occur when I stream music and perform large data transfers. The Pi just doesn’t have enough ethernet/USB to make it all happen. For example. Copying my movie collection, which is about 1.5TB of data, from my MacPro to the big NAS share, the Pi then cannot deliver audio files . This screws up Volumio quite a bit and has required more than a few restarts and a few frustrating evenings where I was attempting to enjoy music. I’m assuming that these hiccups will decrease once I get all my music, movie and photos copied to the NAS, which is about 4TB total and will take a few days at current i/o bus speeds.

Update two days later: All big files have been copied and I’ve had no hiccups with Volumio anymore. Über cool!

In worst-conclusion: So far I’m pleased with the time and effort required to get these Pi’s working. And that’s the ticket, along with the price, if anyone wants to free themselves from monopolisation and corporate dysfunction galore. Of course there is a learning curve here. And even though there are forums out there and what feels like a large user base, the Raspberry Pi is not at all like any of the devices that I’m replacing. Obviously AppleTVs worked from the point-of-purchase . So I’ve had to do a bit of research, reading and fiddling to get these Raspberry Pi’s to work. Then again, listening to Beethoven through real speakers in FLAC at 24bit streamed from a tiny server in my basement to a device that is hidden, tucked behind books on book shelf in my living room… Fcuk yeah! There is some wow going on in my audio listening pleasure zone, baby. And so. Good ridden monopoly Apple. Hope you choke on your duschbaggery and greed.

PS As far as the two other pictures included in this post, you’re guess is a good as mine. The one with the runners is kinda cool and reminds somehow of Apple’s dysfunction. Yeah, that kid running along the group looks like he’s trying to keep up with his daddy or stop his daddy from running away from his mommy, which is most likely, considering #eurowasteland greed mongering, inevitable. The picture of the smoke stack is Apple, too. Yeah, it’s gotten that big and fat and in the way of seeing a horizon.