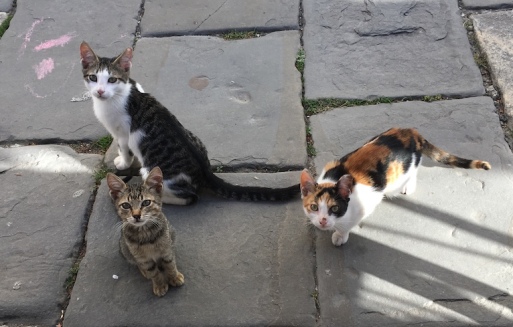 Although there are lots of Das Volk out there that don’t mind long car drives, I ain’t one of them. So. On our way to Istria, Croatia, for a bit of R&R we stopped for two nights in Salzburg. Perhaps more on Salzburg later. Exhausted from the drive from Salzburg to Istria, we eventually found our way driving up and through winding, barely paved road-ways to a luscious Tuscany-like villa with heated pool and a view of the Adriatic that is to die for (pic not included YET). The only problem is the heated pool can’t get heated enough with the chilly fall winds that have suddenly turned on. In fact, after one or two tries and my better-half catching a cold we’ve given up on swimming in here. But enough bitchin’ and moaning (ranting).

Istria is gorgeous. Can’t recommend it enough. Even though you have to drive to get around, if you stay in the outer hills, as opposed to a village or resort hotel, there’s very little traffic–other than a few minor delays due to road work–to stop you from getting around. The only problem is, once you start driving around and looking at all the little walled-in, mini-towns built waaaaay back atop rolling forever hills (mini-mountains?), like Motovun (above), you’ll want to stop at them all.

And then there is the food. Or should I say: the truffles. If you like gorging on truffles, this is the place to be. I only wonder how long it’s gonna last as an affordable place to hang out for a week or two and eat this delicatessen–as opposed to how expensive it is in Italy or France. If you find the right place along one of them hill roads, all you need is a few Euros for plate of perfectly cooked noodles in a butter-wine sauce and then topped with dark truffle shavings (above). The cats seem to know what they’re begging for under your table, too.

And by-the-buy, check out the arrogant über corporate message from LA Times when I was trying to read up on some #SCOTUS bull$hit this morning. Even though the message is trying to be sympathetic and show interest in problem solving, any rational mind knows that what they’re really trying to say is that my grand & missed United Mistakes of #Americant is having a hard time getting-on with the EU’s attempt at reigning in on digital greed and abuse. The whole point of what the EU is trying to do (I hope!) is to right a long standing wrong–as long as the attempt is about users being the ones to decide what happens with their data. FB, Twitter and even the LA Times have no business whatsoever thinking they can own and manipulate what I do on the Interwebnets. That’s right, baby. You may own your software, you may own your website, but if you put it out there on a public network–which is what the Interwebnets is–then you have no right to own, sell or manipulate my data–even if it’s going through your website (or software).