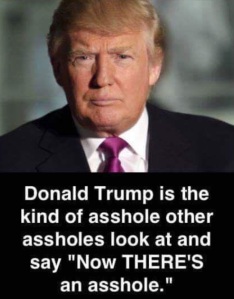 Update 2: I’ve complained about this guy before. But it’s hard, don’t you know, dear worst-reader. It’s hard complaining too much–or even too little. Of course, this guy takes the cake when it comes to complaining. I think. O maybe not. Nomatter. In the confusion of trying to understand what makes this $hit world go’round, it’s easy to get lost between the asses and the smart-asses–you know those who run the show and those who make the show happen. So leave it up to the smart-asses (Jimmy Dore & Co.) to pull another form of wool over your eyes–making the $hitshow happen. If you search for this title on that online, brain-dead video site you can see what I’m referring to:

…You’ll get yet another video of smart-assery run-amok. What Dore is doing is no different than trying to sell sympathy for the likes of Mark Furhman because, well, someone caught Furhman helping an old lady across the street. For you see, dear worst-reader, by steering the focus away from the fact that Furhman is a nice man to old ladies crossing the street, it becomes easy to forget–or never even learn–that the man is a racist pig. In other worst-words, it doesn’t matter that a native American was putting himself between two sets of idiots. What matters is the teenager’s face, his disposition, his #MAGA hat and the hats of his posse, and… why the fcuk he was in DC in the first place.

Update 1: I was wondering when this would happen. Luckily it’s happened as predictably as it can. Just as Brett Kavanaugh invoked his ill-belief in God, you know, the sanctimonious benevolence that is supposed to immediately call up empathy for those unable to know the difference between morality and amorality, where he claimed to have prayed with his young daughter for the soul of his accusers(s), the little privileged $hitbag with his Land Of Free To Be Stupid hat, is doing the same. His defence for atypical white-privilege behaviour well-learned and well taught by his parents and school is that he was simply caught up in the middle of tensions that he was then trying to defuse. Oh really.

My first thought upon reading about this–yet another example of #Americant run amok–was Brett Kavanaugh. What better example is there of the offspring of the privileged neo-feudal classes breeding in the suburban hells of Land of Free To Be Stupid? The boys that are harassing an American hero–if there ever was one… are oblivious to what they are doing and what they represent, #MAGA. How is such a thing taught/learned? It’s as though bigotry and hate are part of them just as any limb, orifice or follicle is part of them. And so once again, I must witness a real American crying over how the youth of the occupiers perpetuate infantilism galore.