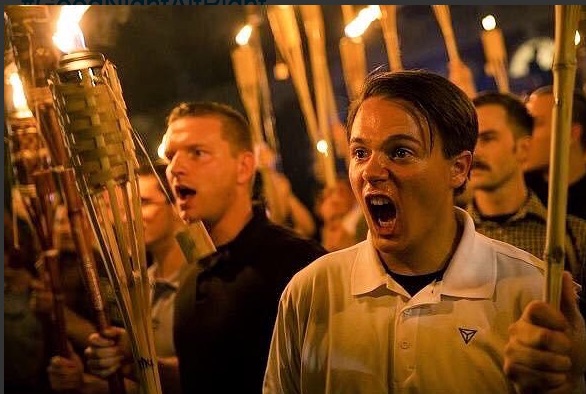 Indeed. What about the moral equivalence of stupid v poor? Or stupid v rich? Or poor v poor v rich? And let’s not forget, what about the moral equivalence of deplorables? Etc. I mean, seriously, dear worst-reader, does it (politics) matter at this point when it comes to whether or not Joe Biden runs for leader of the LAND OF FREE TO BE STUPID? Well, perhaps there is something to salvage out of the Neo-liberalism latched onto by Bill Clinton so that Democrats could finally win an election post The (First) Actor elected president who found out how easy it is to fool a nation of redneck dumbasses–or as Hillary correctly called them: deplorables. Why not throw into the race an old dinosaur Democrat like Biden to see if he can be ordained? I mean, come on. What’s there to lose? Considering the current band of misfits that have already announced they are running against #Trump, all except one or two (Bernie Sanders and–aghast!–Elizabeth Warren) fit the pattern/format of fail-upwardness that is never, ever, ever having had an original thought. Never ever having had an original thought is one of the new & improved cornerstones of my beloved & missed #Americant, baby.

Of course, another thing to keep in mind, as far as Democrats go, is that Barry-O didn’t do much to counter the political genius of Bill Clinton that has so stealthily positioned the Democrats as an alternative to Republicans since Ronald Dip$hit Reagan. The thing that will remain of the two-party mis-fit-system and will be carried-on by Joe Biden (and most likely any other Democrat if elected) is that the $hitshow of corporatism, greed-mongering and the ability for one redneck dumbass to claim he’s better than another redneck dumbass based on car, cowboy hat/boots or trophy wife, it that such a mis-fit-system must go on. Too many generations have had a chance at changing it all but somehow, someway, forevermore, failed to act. Now that’s true stupid-democracy, eh!

There is one thing in Biden’s recent announcement that did tickle worst-writer’s fancy. His calling out #Trump and Charlottesville was/is a beautiful thing to hear (see vid linked to below). From the get-go, don’t you know, what happened in Charlottesville was the moment of no-return for worst-moi. It is, in fact, the same as when Dubya was re-elected. It was also a moment where, although I’ve been using the term #Americant longer, the term LAND OF FREE TO BE STUPID joined my vernacular. In fact, Charlottesville was so significant for me, I lost one of the only friends I have because of his acceptance and inability to criticise #Trump’s moral equivocation of the issue. It still jolts my soul thinking of #Trump saying there are good and bad people on both sides–where only one side murdered an innocent young woman? Which also lead to all the right-wing bull$hit, continuing to this day, equating anti-fascism with fascism. I mean, come on. In a country of dumbasses, $hitkickers, deplorables, and middle-class baby boomers threatened by a life-time of enabling so much incompetence in the name of (their) greed, it cannot be expected that anyone can understand the simplicity of fascism. Most (deplorables) couldn’t even define fascism if it was written on one of their dream balloons. Thank the #Americant school system for that, baby. Remember: fixing stupid is done by making stupider. And so. There is so much (political) stupid in my beloved & missed #Americant that I no longer believe there’s a way out. Hence there is some hope that someday, somehow the phoenix may rise 1.

The one thing Joe Biden v #Trump will ensure is that the Democratic Party will never have to do what is necessary to fix the fail-upwardness Bill Clinton latched onto with Neo-liberalism as a political counterforce to the pseudo-success of Ronald Reagan’s family values, militarism-galore, etc., and the onslaught of right-wing bat$hittery. The reality is, what the country needs is FDR. My only fear is the country hasn’t failed deep enough yet for that. Then again, that would oppose what Bill Clinton so pragmatically enabled and facilitated (and dry humped) to become one of the twentieth centuries greatest politicians. Another reason, by-the-buy, why GOPers are so hateful and spiteful and can’t let go of the past, especially since they’ve been unable to produce a have decent president since, let’s say, Eisenhower. Also. Neo-liberalism is the same as right-wing-stupidism albeit without the religious bat$hittery and a bit less war-mongering. Then again, with the likes of #Trump’s authoritarianism, nothing really matters anymore anywho.