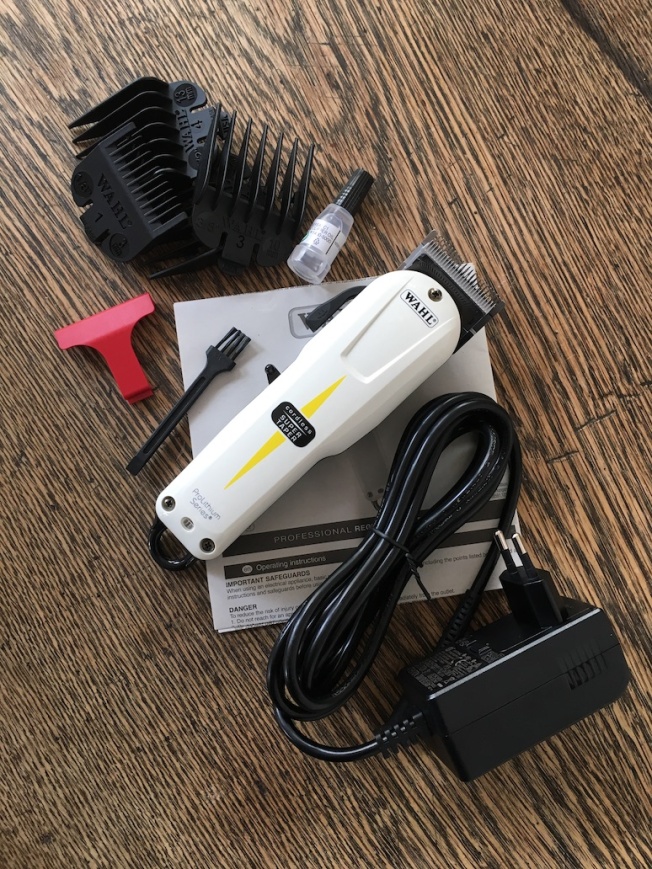 Am I on my last hair trimmer, dear worst-reader? At least I hope I’m on my last one. It’s a thing I’m going through right now, don’t you know, in this–the $hit$how that is consume-to-survive. The idear is the following: Pay a little bit more now in the hopes that–if there is such a thing as quality–I don’t have to pay again and again and again later. I mean, come on. This is the (I forget which number) hair trimmer I’ve had to buy in the last ten years. Am I chasing a dream up the wrong bark-less tree here, dear worst-reader? I mean, come on–again. I’m beyond middle age. I lost most of my hair by my mid-thirties. Now I’m mid-fifties and what’s left of my hair just needs to be trimmed down every few days along with a good beard shave and that lustful feel of fresh and stingy aftershave. Goodness knows how much I’ve saved over the years by doing all this without having to go to a barber. But I’m also tired of buying hair trimmers, for fcuk-sake! Then again, at least I don#t live in #Americant anymore, eh. Or did you miss the vid on the interwebnets recently that is yet another example of how a once great nation-state has devolved into a divide & conquer cesspool of THE LAND OF FREE TO BE STUPID? I mean, my problems are ALL about finding the right product to buy, eh. #Americant’s problems are a whole nother $hit$how of stupid-galore. Or am I wrong?

My previous hair trimmer was some odd-named, cheap-o device I bought on you-know-who online shopping website. In the beginning it was a pretty cool device. It charged with a USB cable. It had the proper blade length settings that allowed me to use it without an adapter–as I prefer to keep my fading hair at around 2mm. And I even got a kick out of the little numerical screen that informed me of the battery status–which, once the battery died, was no longer amusing. It was obviously a cheap piece of $hit–even though it did what it was supposed to do for a while. Kinda like #Americant used to be, eh?

But let me give some credit where it’s due. Cheap ain’t always that bad–unless you’re an #Americant and are bitter at the $hit$how you’ve either created or inherited. Sometimes one can get lucky with cheap stuff that works great–especially if you’re a duma$$ #Trump-er with the mindset that is no longer than the hair atop my balding head. For example. I got lucky with stereo speakers and a stereo amp that I bought a few years ago to replace that stupid multi-channel, surround sound system that cost me thousands and drove me crazy and also turned me totally off to multiple channel audio. But that’s neither here nor there. Back to cheap v quality hair trimmers and a bit more about how/why it’s so hard to elevate yourself out of so much stupid when you’ve been reared by it.

My last hair trimmer worked pretty good for about a year–until the battery died a few days ago. But I already worst-said that. That is, the battery wouldn’t hold a charge anymore. What to do, what to do with this consume-to-survive throw-away world we live in, eh? Buying a new battery for it is a choice I suppose but once I saw how fiddly all that would be I gave up on the idear. As best I can remember that was the fourth hair-trimmer (or is it hair-clipper?) I’ve been forced to purchase in the last ten years–each of which as been thrown away and away and away. Even though I have a trusty Braun razor that helds-up much longer, and I even had a Braun hair trimmer once, too, the Braun hair trimmer didn’t last much longer than the cheap one that just died. Plus, the Braun hair trimmer wasn’t as flexible when it came to adjusting for desired hair length. For whatever reason, the powers-that-be at Braun thought that their hair trimmer shouldn’t go below 3mm. That’s just too long for this proudly balding guy. Speaking of proudly balding. Get a load of the vid-link below where the young gun from where-ever bum-fcuk #Americant gets out of his stupid-truck to punch what looks like a guy that could be me.

What the fcuk is going on with #Americant, dear worst-reader? Or am I the only one to notice that THE LAND OF FREE TO BE STUPID is reaching new heights of STUPID? Oh wait. Back to the less politically correct issue of hair trimmers for ageing wannabe hippies like worst-moi.

What is it with making a half decent hair trimmer? Enter the world of half-professional hair trimming equipment–I hope.

I bought Wahl hair clippers (trimmer) the other day at almost half price. Even though the thing is double what a hair trimmer from other makers would cost (i.e. Panasonic, Remington, Braun, etc.), I went with it. Obviously the sale price helped. Aware that this is a real barbershop device, i.e. less forgiving when in the hands of an amateur hair trimmer like my worst-self, I’m hoping that this thing will give me some relief from having to buy another trimmer anytime soon. At the least, if/when the batteries die, I can send it back to Wahl and they’ll put new ones in–or, because of its build quality, I can change the batteries myself–which is just not an option with those other big-brand name devices. Also, if need be, the electrical charging cable can be used to run the Wahl if the battery conks-out. The other hair trimmers I’ve had could only be used while on battery power. Either their cables were too short or the device just didn’t work right when on cable.

The only issue after first use of the Wahl trimmer is the hard and somewhat sharp blades. The other (cheap-o) devices were easier on the scalp when gliding along and trimming. The Wahl has some serious hard edges.

So a question remains in this quest for consume-to-survive autonomy or getting away with as little cost to life as possible. Is it even feasible that this could be the last hair trimmer I buy? Indeed. Questions that need be asked as the silver years approach and those golden years aren’t far off but at least I’m far enough away from #Americant that I don’t have to worry about some stupid whipper-snapper hack-job jumping out of a #MAGA truck just to slap me around because, well, I coined the term #Americant on account the place is going to hell in a hand basket faster than you can say impeach that piece of $hit with the pee-pee hair.