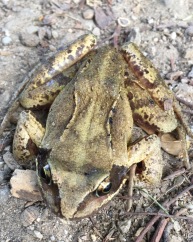 I live near Schloss Benrath, dear worst-reader. If you haven’t worst-read by now, I also live near the Rhine River. I live here because, well, the better-half, the dictator she is, has made it so. And it’s not so bad to live here, don’t you know. Especially considering it’s a great locality to walk Beckett, the killer pug. Although the town of Benrath is a borough of the city of Düsseldorf, its location gives it a kinda/almost rural atmosphere. This time of the year, though, it’s not so great during #Eurowasteland heatwaves. The humidity here is horrible. Then again. The weather during most of the year here sucks. But. According to the dictator, I guess, it’s great nevertheless–and I’m stuck.

Schloss Benrath is a so-called pleasure palace. What the hell that means, I have no idear. I walk by it or around it or through its grounds almost every day. Does it give me pleasure? At the least, I have no clue what a pleasure palace is. Of course, this is Germania. What the hell do you think these people do with themselves all day between over-engineering, over-managing, over-organising and always hung-up on their past/history? And yet the train system here is still never on-time. That worst-said, I don’t think pleasure palace means what a modern porn-ridden society thinks/wishes it could mean.

The pleasure place was built by some rich schmuck a few hundred years ago. Like all the #Eurowastelanders of the time–you know, those f’n feudalists-fcuks–they got their rocks off by shatting on others. That is, pleasure for them wasn’t just about gettin’ the knob suckled or whacked or jimmied by slaves and servants and underlings. Pleasure was mostly derived from controlling human beings through hereditary means, gifted privilege and God/Money sanctioned perversions. This, indeed, is #Eurowasteland’s greatest historical export. You know, white-supremacy and the hob-knob that is mostly embodied today in my beloved & missed #Americant–#MAGA–if not the dumbasses in Brexit-kingdom. With that in mind, thanks a whole fcukin‘ lot Europe for all the spiteful white people confusion!

Before I get too wrapped-up in my own uglies, like I said, the Pleasure Palace is where I walk Beckett, the killer pug, at least two or three times a day. Between all that, I worst-write something here and there, send it off to editors and publishers and the interwebnets, then return to marital un-bliss, and walk the fcukin‘ mutt a fourth or fifth time. The good news is: sometimes I see a thing or three that riles me. Hence the last pic in the series above.

The other morning I was walking along the Rhine via the rear entrance of the huge backyard of the Pleasure Palace and I happened across an odd scene. Now. You’ll have to forgive my lacklustre photography skills here. For a brief moment I thought–in the last pic in the series above–I was looking at a bodybag. I stood for a few moments staring at it. I even took off my glasses to adjust my eyes, rub them and then refocus after putting them back on and looking from the horizon back down to the object. Could that be a sleeping bag, I thought. Wait. I’ve seen bodybags before. They’re always some dark, dull colour either black, grey or green. I mean, it’s not uncommon to find corpses around here. In fact, it was a big deal a few years back when I lived in Düsseldorf’s nemesis city, Köln, which is just a tick further south on the river, that bodies were found here and there. Supposedly Köln has a bit of reputation for whatever faction of Euro mafia using it and its surrounding landscape for getting rid of bodies. I even thought: wow, should I call emergency services?

Luckily the dude that had obviously spent the night on the river-beach eventually twitched and moved but didn’t rear his head. To each his/her own, eh. And goodness forbid I wake someone up from blissful sleep. Relieved I continued my walk along the river and then entered the garden of the Pleasure Palace where I proceeded to take a few pictures of excavated tree trunks and an odd piece of equipment that I couldn’t identify. They’ve been doing a lot of work around the Palace’s grounds this year. Something about the soil rotting and getting rid of dead/dying trees, etc. Is that pic of equipment for logging? Nomatter.

The other pictures were taken at other times but perhaps can give any worst-reader an idear of how beautiful this place is–toads n’all. In fact, on any given weekend, year ’round, couples have their wedding photos done here. And. By-the-buy. I heard someone say once, something like twenty or so years ago, Michael Jackson had considered buying the palace. Obviously that didn’t happen. Not sure why. It’s not that celebrities haven’t bought castles n’shit in the old country before. Perhaps Düsseldorf just couldn’t give it up. Either that or someone already knew about all the stuff Jackson did with his young friends at Neverland. Yeah. Europeans are well versed in that sort of thing.