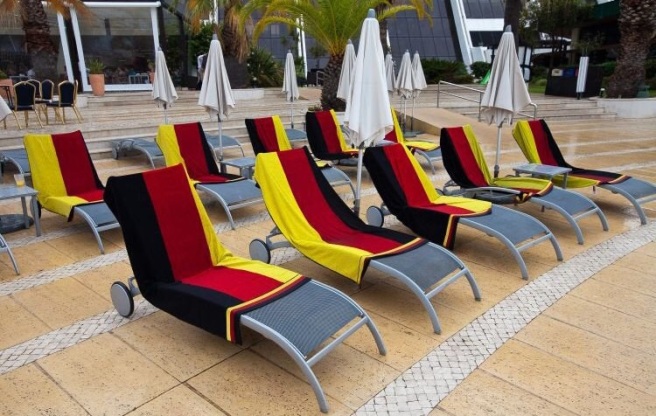 Things not forgotten, dear worst-reader. Things that remind one. Like pictures found on the interwebnets. For example…

I’ll never forget my second vacation. It took many years, don’t you know, to get to a second vacation. It was cheap and coincided with one of the last times I would return to my beloved & missed #Americant with the idear that I might never return to the old country. In other worst-words, it was also part of that whole expat thing that had taking on a life of its own by the early 1990s.

I was hanging out, working, doing my thing among #Eurowastelanders as my job was coming to an end. It was late spring, early summer of 1990. I had just given up my apartment and was gonna stay with a work colleague a few days before my departure. Suddenly, on the next to last day of my job, my boss came up to me and made an offer I couldn’t refuse–that would also have a huge effect on my future. My boss, although a fairly decent guy, was a bit of wanker. Most successful corporatist are, don’t you know. First, he was a British-German citizen. Second, he spoke terrible English. Go figure, eh. I was something akin to being his personal transcriber. That is, I would not only translate his work into English but, since I was hired as a researcher for him, I also wrote most of everything he submitted to clients. Everything at the time was done in English, even though most of our clients were German, including Swiss and Austrian clients. But that’s neither here nor there.

The job I was doing was supposed to have ended at the start of summer where I would return to the States, hang-out for a bit, and then figure out what would come next. But my boss asked me nicely, including a special bonus, if I would stay for the rest of the summer. He had just procured another project–somewhere in Switzerland. I first told him no, but then he sweetened the deal. Not only would he increase my regular pay but he also offered an end-of-project special bonus. And then he sweetened it even more. Since he knew that I was on my way out of Europe, he told me I could have his loft in Köln, as he wasn’t gonna be there anyway, the entire time of the project… rent free. Whaaaaaa? Three months rent free while earning dough? I took the deal.

After about two and half months the job ended and my boss wired me the extra bonus he promised. It was a worthwhile amount. Not only could I afford a flight back home without skimping around on fares, but I had earned enough to be able to afford a short vacation on the island of Mallorca with a few colleagues. Even though it was short notice, I lucked out and was able to book a hotel and flight to the island. When I told my colleagues where I was staying they laughed and giggled and smirked and provided a few pieces of advice–that to this day I’ve never forgotten.

It turned out to be a rather relaxing stay except for one thing. I had booked a so-called German hotel, whereas my colleagues, all having booked well in advance, had other accommodations. Upon arrival on the island I went immediately to meet my colleagues for a few drinks, along with shits & giggles at bar. Afterwards I checked into my German hotel. We all made plans to meet the next day to lounge around on the beach. When I left that night they reminded me that if I wanted to utilise the pool at the hotel where I was staying, I should get up at 5am to reserve a spot. I had no idear what they were referring to. In fact, since they all knew that I am morning person, that is, I’m always the first one in the office in the morning, I thought they were making a little joke at my expense. Ah. corporate humour, eh.

After sleeping-in a bit I got up the next morning at around seven-thirty. I showered, shaved, had a few cups of instant hotel-room coffee, drank some bottled water, ate a banana and a piece of toast at the breakfast-bar, and then went out to do a bit of reading by the pool while enjoying the Mediterranean early sun. I then realised that my colleagues weren’t joking at my expense with their advice the previous night. Or were they?

I found the pic above the other day on the interwebnets, dear worst-reader. It could be the exact picture I saw that morning in the early 90s while on my second ever vacation–that I’ll never forget.

PS The rest of the vacation was a blast.