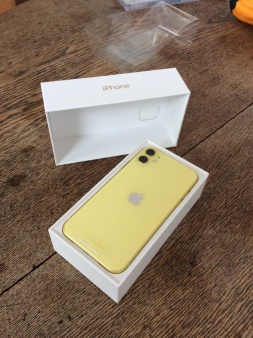 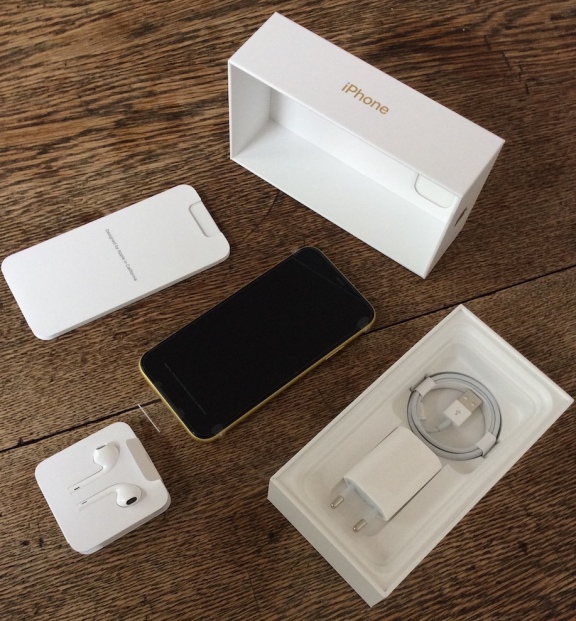 Why go to 10 (or Xr or 8) when you can go to 11? For that is the worst-question, eh, dear worst-reader? I mean, wouldn’t we all go to 11, always skipping the others, if we could? Or is the issue mute? Nomatter. The moment I’d been avoiding for so long by nursing my iPhone 6s–you know, the good-fight we all must lose in order to postpone Apple’s corporate strategy of forced product obsoletism–finally arrived the other day. Even though I’ve been giving it my best for almost four years, the whole time knowing that these devices really only last, on a good day, for about two years, I hung to a glimmer of hope. I mean, come on. Almost 4 years out of the 6s? WTF. That is pretty cool. On the other hand.   Maybe. Just maybe. Why couldn’t I make it last a bit more? You know, make it last until the iPhone 12–or the 13, etc. Or? But then, about two weeks ago, I updated my 6s to iOS 13 and suddenly the bells and gongs of Steve Jobs’ greed-mongering rang galore. The 6s was the last old iPhone that was supposed to handle the new update, its predecessor the iPhone 6 being hurled to the official wastedom of obsoletism. Indeed. FYI. They should have hurled the 6s, as well.

The first thing that went, about two years ago–the thing that always goes first–was the battery. And not just one battery. I utilised Apple’s offer of replacing the 6s’ original battery with their 30,-€ deal last February. And don’t you know, for about two months I thought things were great. But then, probably after another system update (or two), that 30,-€ battery deal turned sour. Unwilling to make a claim that Apple’s battery replacement program was a hoax, I decided to resort to a somewhat extreme solution. After my 6s’ first year I bought one of them Anker battery cases. Although it bulked-up the device to being the size of the newer “plus” phones Apple was offering, I went with it. The battery case lasted for about eight months till it too started showing major power degradation. After that I tried carrying around one of those USB chargers. It also worked for a while. Then I came across an original Apple iPhone 6s battery case at a reduced price of around 100,-€. I went for it. To say the least, that damn 6s cost me quite a bit to just keep it going. So was/am I glad that it kinda died the other day? Now that I finally upgraded, I can easily say… shur-nuff, baby!

Of course, there were a few moments here and there where I thought I shouldn’t splurge so much cash for the latest model. Why not just take the iPhone 8? It’s priced at about two hundred less than the 11, don’t you know. In fact, I don’t really need much in/from an iPhone. I had long realised that the worst part about corporate forced product obsoletism isn’t that they design these things to make you buy more, but, during the last two years of stretching its life, I could barely use any non-Apple Apps. The processor is just too slow to keep up with new software. With the 6s it’s really not so bad since most of my computing activity is with my MacBook. Also. I rarely make phone calls with it and if I do, it’s mostly using FaceTime with family. Otherwise, I use it for podcasting, GPS, camera, news, reading books (Kindle and Apple Books), weather, note-taking, etc. Most of that stuff worked till the end because the software was from Apple. Indeed. The Kindle software (Amazon) was pretty much toast, though. Plus, I got tired of reading on the little 6s screen. Anyhow. After only twenty-four hours of use of my new iPhone… Boy have I been missing-out.

Lucky for worst-moi and because of pricing politics after the ridiculously expensive iPhone X–which my wife paid almost 1200,-€ for last year–the price of the new iPhone 11, including a 50-, trade-in for my old 6s, wasn’t looking too bad. Comparably the Xr model, only a hundred Euros less, and the 8 model, two-hundred less, but also with substantially weaker hardware specs, meant that nomatter how I cut it, I was gonna fork out anywhere between 550,- to 800,- with this consume-to-survive transaction. For you see, dear worst-reader, I’ve never had a phone contract so buying one of these things with a contract is a no-go. I hate cell phone carriers, but that’s another worst-post. In the end, with the trade-in, I paid 749,-€ for the newest iPhone. Does that make me want to jump up and down and or kiss Pamela Anderson posters till I blow my goo? Indeed. 749,- for a new iPhone of this caliber is a long way away from 1000,- plus. Indeed. Indeed.

So I went through the crowded rigamarole at the Apple Store on a Saturday afternoon. Luckily, nomatter how crowded my local Apple store gets, I’ve learned that if you’re buying something, especially hardware, the line to get service is easily shortened for you. Within a few hours I was back home getting ready to unbox and set up my new iPhone 11. Since I had made a backup on my MacBook the night before of my 6s, I declined the offer to setup up my new phone at the crowded store, always telling the Apple rep that I new what I was doing. Of course, deleting and emptying my 6s, so I could turn it in to him, took a while, too. Btw, it’s pretty cool how Apple makes sure your devices is wiped. For whatever reason, my old iPhone was having trouble NOT backing up my data to iCloud while at the store. The rep kept saying I should let the backup happen but I also kept telling him that I trusted the backup I made the previous night on my MacBook. All in all, I was right, but with one caveat. The only setup issue I had with my new iPhone, iCloud account n’all, was that I didn’t expect it to not be on the latest iOS, which, btw, my 6s had. That meant I couldn’t “restore” from my backup because the 6s iOS was newer than what was on the iPhone 11. And so. What should have taken about half-hour to forty minutes, took almost an hour and a half to complete. The new iPhone iOS update took the longest. The restore from iTunes took about fifteen minutes. Even though direct old phone to new phone updates that Apple has are cool and work great (it’s how my wife does it), the way I did it works, too. It just takes a bit longer. It’s really cool that my new phone, after the update and restore from old 6s, is identical. Love it!

Wow. After just under 48hrs of use, I’m tickled to death with my new iPhone. I can finally run a few 3rd party Apps I haven’t been able to run for years–or they completely got out of my usage radar because my 6s has long since been obsolete. iaWriter, for example. One of my favourite worst-writing apps. It syncs with all my worst-writing to my MacBook now. I was never able to do that with either my new MacBook or its predecessor my MacBook Air and the 6s. (Why?) There’s also a few Apps my wife wants us both to use (for cooking recipes, of course) that I couldn’t use before because she’s got a iPhone X. Even Apple Apps are no longer crashing as much as they did before e.g. FaceTime and Contacts. Volumio, my audio player/controller of choice (in combination with a household full of Raspberry Pi’s plus HifiBerry), was also crashing. The 6s used to crash all the time before I could even start a song with my iPhone 6s; had to resort to playing/controlling music with my MacBook. Hasn’t crashed once with the new 11. But. Ok. Obviously this new iPhone is better than the previous one. I mean, it’s the best iPhone apple has EVER made. Or? Nomatter. Lots of re-learning about Apps is still to come.

Of course, let’s not get too junky about being an Apple fanboy. Like the 6s, the same things I hated about that design will still be with me in the new 11. For example, the volume buttons being directly across from the power button–or what is now also the Siri button–is stupid. Whoever at Apple came up with this idear is, well, stupid. Reason? Unless you take special care, you cannot change the volume on this device with one hand. Cupping the iPhone and then using your forefinger to either increase or decrease the volume, thereby requiring your thumb to counter the pressure on the other side of the phone, either turns it off or, now, calls up Siri. Whaaaaaaaaaa! Also. Why the hell do they make these things as slippery as a greased pig. (No. I’ve never tried to catch a greased pig! But I have read about it.) The fact that I’ve become accustomed, since the 6s, to being very careful how I handle/hold/pick-up this phone, says everything. I feel like, sometimes, someone at Apple (Steve Jobs?) had the idear: how can we subvert product obsoletism, which only alienates customers, with a surer way of getting them to buy more of these things? That’s right. Make them out of glass so that they are supposed to slip out of your hands and fall crashing to the ground. Apple care anyone? (Fcuk you!)

Although I probably pissed away a lot of money trying to keep my iPhone 6s running for so long, in the end the only thing that killed it was battery. After getting used to an old, slow iPhone, I could have lived with it, including not being able to run certain apps. Oh well. And by-the-buy, I would have replaced the 6s sooner if Apple would have upgraded (hardware) the iPhone SE. Personally, another design flaw of these things is that they are just waaaaaaaay too big. The last best fitting iPhone for me was the 5s. Again. Oh well.