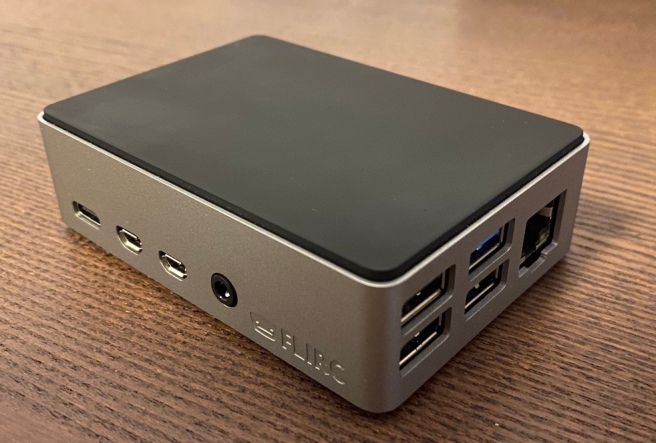 Thought I was gonna wait a bit longer, dear worst-reader. You know, being the never-buy first iteration consume-to-survive guy that I am, at the least, I was gonna put off getting this till the thermal problems were dealt with in version 2.0. But then it was required of me for Xmas that I post some sort of wish list–at the last minute, don’t you know. Which raises this worst-question: What does a man who already has everything wish for? Especially when such a rational thinking man (worst-moi) wishes he could wish for that used ten metre sailing yacht that’s just waiting for me on the baltic shores.

Or perhaps there’s that thought or three that been lingering with me for sometime now about getting back into motorcylces. You know, motorcycles for old guys. I’m really digging Kawasaki’s W800 retro bike. Although I think it’s priced a bit high considering the cost of an Enfield. Also. Considering western world demographics, there’s plenty of new old guy motorcycles on the market these days. Am I wrong?

Anywho. Other than a pair of gloves that also work with touch screen interfaces (iPhone, Apple Watch), the only other wish I could came up with (again, at the last minute, at the behest of my better half), which was on the tip of my tongue, was a Raspberry Pi 4 w/4GB–including case. Lo and behold, my better half delivered–on the RPi. (Or was it Santa Claus?) The case my better half ordered wasn’t up to worst-writer specs, though. She ordered a case that included some cheap cooling fan. It’s also some kind of push-together plastic case. Cheap, push together stuff a big turn off, eh.  Although I think I’ll keep the case for future RPi4 orders, on account it’s so cheap, I’m gonna fiddle with the new RPi4 first without a fan. And so. I ordered the FLIRC aluminium case, which has some pretty good reviews and, because of its design, seems to circumvent the need for a cooling fan.

All in all, so far, I’ve been impressed with the new Pi.

Let’s run down the issues after first few days of use and some minor testing, shall we.