Had a heck of time the other morn, dear worst-reader. As usual, I begin one of three walks a day with Beckett, the killer pug, at around eight in the A.M. After that I feed him and let him sleep until a bird stirs him awake around noon and he barks so loud that babies in quarantine two blocks away wake up. Should I mention how his sudden bursts of barking almost stir me to madness? No. Seriously. There are moments when he has a barking fit that I could strangle his stupid, ugly, disgusting, non-nose hound… but at the very same moment all I really want to do is just cuddle him till his guts spill out all over me in a frantic delirium of love-joy. Or maybe not.

Among the other things seen during a given daily walk, here’s a few pics. The one to pay most attention to, of course, is the one with the Ferrari. Get a good look at that license plate holder. 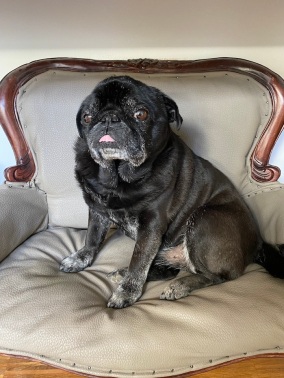 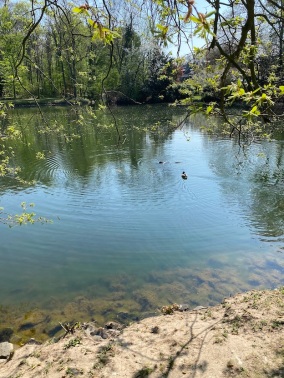 I’ve been there before, don’t you know, dear worst-reader. There’s something about z’Germans, especially the wannabe rich little $hits that drive around in rented Ferraris, or overly expensive high-end SUVs, that claim they want to do something to Greta Thunberg. I’ve posted other stuff horsepower $hitbags want to do with Greta here and here. Which begs the question: why won’t the earth just eat (and then shit-out) the rich who are so blatantly 1) disrespectful and 2) douchebags?

But at least there are more pics to wonder at. For example. Even though my wife is disallowing me from having a motorcycle, which I haven’t ridden since 2001, I really want to get back on a bike. Although I’m preferring/leaning towards getting a retro Triumph, a few other brands are stirring my horsepower thoughts. For example. The bike that tickles my fancy the most right now is the KTM 790 Duke. What a bike, dudes. And to think Austrians could come up with such a middle-class two-wheeled wonder. Then again, since I’m stuck in a world of golden cage wishful thinking, and somehow know deep in my lust-gut that my wife is gonna fight it till her last breath, guilt by association follows me around forevermore and I lust for a cool two-wheeled ride. And so. While walking around. There it is. There’s a key to a Husqvarna motorclylce that someone found and kindly attached to a tree in the hopes it will be reunited with its owner. Do you see the connection here? That’s right. KTM owns Husqvarna. Which means this key on a tree is really telling me that I don’t want the Triumph. But I die-gress.

The other pic is that of a varmint I’ve been seeing in a local pond. In the three or so years I’ve been living here, and walking past that pond, I’ve never seen that critter before. He’s just above the duck, swimming across the water. There’s always been ducks, geese and swan hanging around… but a large rat-like critter with a tail longer than its body and almost as large as a swan…? #Nomatter.

The dog I love so much is doing just fine in his oncoming old age as he rests in his kingly couch. That’s right. Beckett the killer pug just turned thirteen. Or is he twelve? #Nomatter. He’s f’n barking like a madman again.

PS retro bike of choice–but I don’t want it in red.