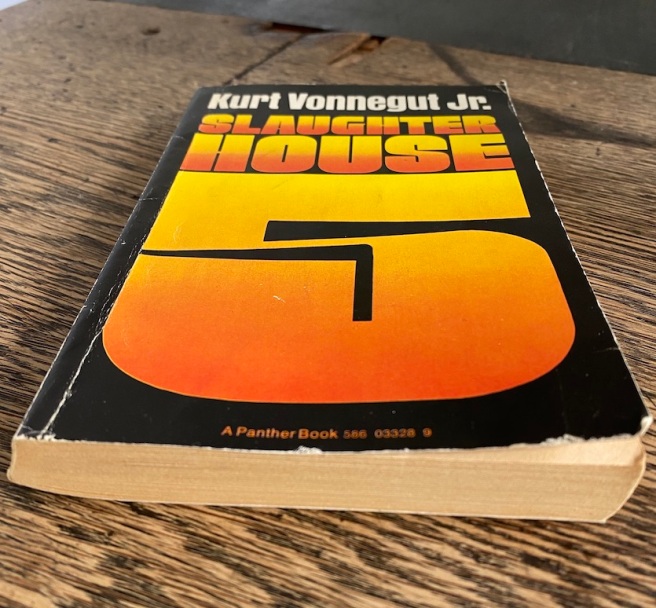 America is the wealthiest nation on Earth, but its people are mainly poor, and poor Americans are urged to hate themselves. To quote the American humorist Kin Hubbard, ‘It ain’t no disgrace to be poor, but might as well be.’ It is in fact a crime for an American to be poor, even though America is a nation of poor. Every other nation has folk traditions of men who were poor but extremely wise and virtuous, and therefore more estimable than anyone with power and gold. No such tales are told by the American poor. They mock themselves and glorify their betters. The meanest eating or drinking establishment, owned by a man who is himself poor, is very likely to have a sign on its wall asking this cruel question: ‘If you’re so smart, why ain’t you rich?’ There will also be an American flag no larger than a child’s hand–glued to a lollipop stock and flying from the cash register.

It’s been twenty years (or so) since I last read this book, which was my second re-read. The first time I read it I was already on a plane ride to Frankfurt, around 1986 (or so), which would become the beginning of my expatriation. And so. What a joy to read it a third time. Of course. I was motivated to read it because my years as an expat in Germany have put me up against several claims to either have survived the Dresden fire-bombing or to have been born from it. Heck, even my wife’s mother went there to find refuge because Dresden was, at the time, one of the only places in all of Germany that hadn’t yet been bombed to $hit. Yeah, people thought they’d be safe there. Yet, the most extraordinary thing about this book, is that it is the source of a telling fact–at least a telling fact for worst-moi from the time I first read it. That fact is this: more people died during the fire-bombing of Dresden that used conventional weapons than died in Hiroshima where an Atomic weapon was used. But does such info even matter in these days of perpetual wars-of-choice? I mean, how many people have died since Dresden and Hiroshima because of wars-of-choice, bombings-of-choice, etc.?

Vonnegut has a knack for writing about my beloved & missed Americans, too–which makes it even more worthwhile to re-re-read.