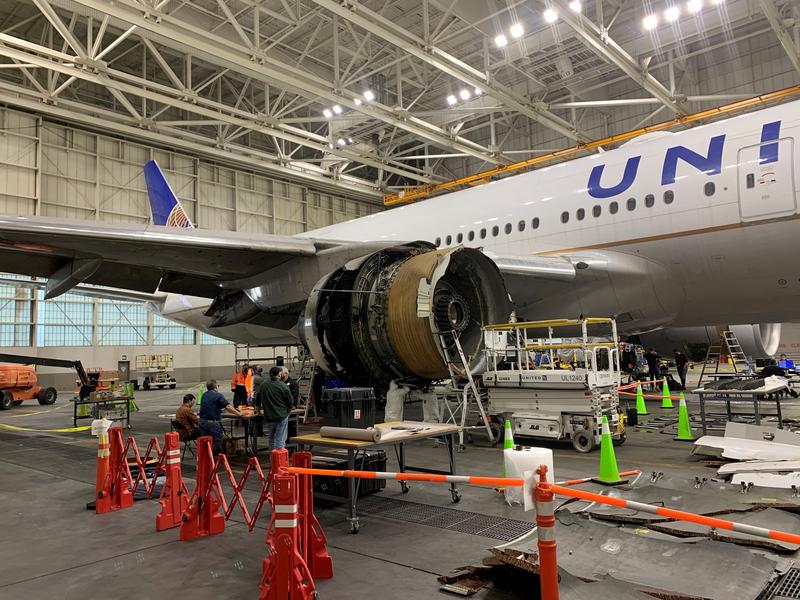 A United Airlines plane with a Pratt & Whitney engine that failed on Saturday had flown fewer than half the flights allowed by U.S. regulators between fan blade inspections, two sources with knowledge of the matter said.

As mentioned in my previous post, dear worst-reader, there is something to worst-say about the dilemma the world is in that is (obviously) lead by my beloved & missed united mistakes of #Americant. That dilemma is nothing less than the status quo that is post WW2 political conservatism run amok that thinks, well, why not not just keep the $hitshow going on and on and on, on account so many inept fools (Das Volk) won’t notice as we (the moneyed interests) have them by the wag-tails. Unless, of course, they start to actually see/recognise the obvious signs. And indeed. So it is. On the other worst-hand, if there were ever signs that the end is NOT nigh but instead we’re actually living in that end, as in, you know, COVID, perpetual wars-of-choice, airliners dropping out of the sky, #Trump, etc.,  would any of the inept fools do anything about it? Of course not. Reason? If they can’t maintain an Airliner how are they gonna maintain a country? I wonder if there are #Trumpers in airline companies protesting the reality of physics that require airliners to stay in the sky? Trying to imagine what intellectually goes on in the confines of corporate boards regarding the reality of seeds sown… Oh well…