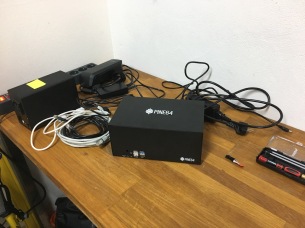 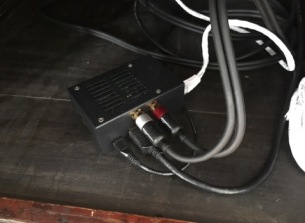 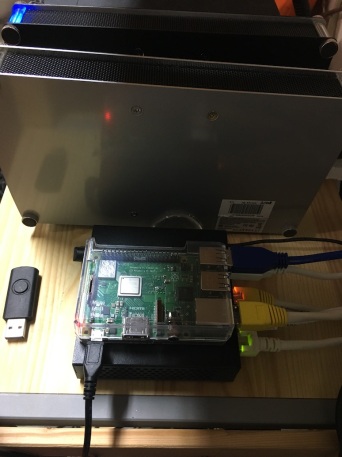 Why in the world does a NAS have to 1) cost so much and 2) be nothing more than …a fcuking complication? Or? Put another worst-way: Do you know complications, dear worst-reader? I, for one, hate complications. It’s the reason I gave up on watch collecting so many years ago. Too many complications drag down watches, don’t you know. Complications un-brighten those watches, too. They force them into a world of complication servitude. Am I wrong? By-the-buy, since I’m going this route of worst-analogies, a watch complication is when a watch does more than just tell time–twice wrong in a day. Hence, a second hand on a watch is a complication. A day/date indicator on a watch is a complication–or two. Stopwatch function? Oh yea. And how ’bout them really fancy Swiss watches with stopwatch and moon dials and they even had one that could count a woman’s cycle? Complication galore, eh, dear worst-reader? But, as usual, I’m off worst-subject.

The tech world is full of complications. How else could the likes of Zuckerberg, face-bag, twitty, get/make billions? In fact, allow me to go out on a real wide & mighty worst-tangent here: The reason oligarchs and monopolies rule the world is because, well, stupid people require complications in order to have/find meaning in the meaninglessness of their Digital lives. Hence, face-bag, twitty, #Trump, etc., they all get by with the allure of having mastered complications. Or am I wrong? Then again, as I’ve done a pretty good job so far in fulfilling my new year’s resolution–i.e. having fewer complications in my Digital life–there’s still a hold-out when it comes to un-complicating it all.

For about a half-year now I’ve been experimenting with avoiding having to buy a NAS. Computers, iPads, iPhones, etc. It’s all just too complicated. Or? But there is reality. I’ve been digital for quite a few years so far. That means there’s lots of data that need be saved. The cheap NAS solution so far has been a Raspberry Pi. Late last fall, though, having faced the bottleneck situation of an RPi, i.e. it has limited bandwidth because its ethernet is dependent on a USB2.0 data bus, I splurged and bought a Rock64/4GB from Pine64. Guess what? That’s right. It didn’t friggin work. That is, after numerous attempts at getting it to work, OpenMediaVault (OMV) didn’t/couldn’t deliver. Boy was I glad that I kept that RPi available. Should I have known better to ditch one system for another? Sure. I mean, I knew that OMV is still in beta on Pine64 SBCs. Nomatter. All the same, what a disappointment.

Which brings me to the next issue of this worst-tech-post. I have a hard time learning from my mistakes. And here’s why/how: There was something about Pine64’s Rock64/4GB SBC. Something about it rocked my world–espeically after dabbling around with RPi’s for about two years. The first thing that hit me about Pine64 and the Rock64 was/is its power source. At any given time in my house, I have three RPi’s running. The thing that bugs me most about them all is having to hard-restart them, which means removing the micro-USB power cord. What a flimsy undertaking that is–for RPi’s running as media clients (especially when using Plex) have to be hard-restarted every once-a-once. Removing and reinserting that flimsy power cable sometimes requires several tries. And, yes, each of my RPi’s have dedicated micro-USB power supplies.

Even though as an OMV server the Rock64 failed, I’m currently using it as a Linux headless device running DietPi software. And here’s the real confusing thing about how I fail to learn from my mistakes. The Rock64 stirs (my) emotion. It feels stronger and more durable than the RPi. Even though the software I want to run on it, OMV, doesn’t quite work, DietPi does. And even though I dig DietPi, I want OMV to work on Rock64 as good as it works on RPi.

Oh yea. Learning from my mistakes. NOT!

Thinking/hoping that the Rock64 and the powers-that-be would get all the software that runs on it out of beta, I went ahead and doubled-down and even bought a RockPro641. The problem is, compared to the RPi, even the RockPro64 is sketchy. At the least it doesn’t work any better than a Rock64 device2. So get this, dear worst-reader. Surprisingly, even with its limited bandwidth, lower hardware specs, as the writing of this worst-post, the RPi rips Rock64 and RockPro64 to shreds. But wait…

Spec-wise, there’s no competition here. The RPi is not even in the same league as the RockPro64–or the Rock64. As mentioned, the RPi has limited ethernet because it is dependent on a USB2.0 data bus. Ok. Rock64 devices have full gigabyte ethernet, though. Wow. But what good is that if, well, the friggin thing doesn’t work? The RPi also only has 1GB ram–compared both Rock64 which has 4GB. Then there’s the huuuuuge difference in CPUs. But none of that matters cause… The RPi fcuking works and the Rock64 doesn’t. At least, as a NAS running OMV, it doesn’t work. And so… the RPi runs circles around my two frivolous and blind-hopeful attempts at replacing it with a higher-spec SBC. Which begs the following realisation:

The good news is, I still don’t want/need a NAS. The bad news is, I’m sick of tinkering with SBCs. With that in mind, I’ll continue to use RPi’s as clients–mostly media clients–and keep fiddling with the RockPro64.

Moral of this worst-story: tech monopoly wins yet again.